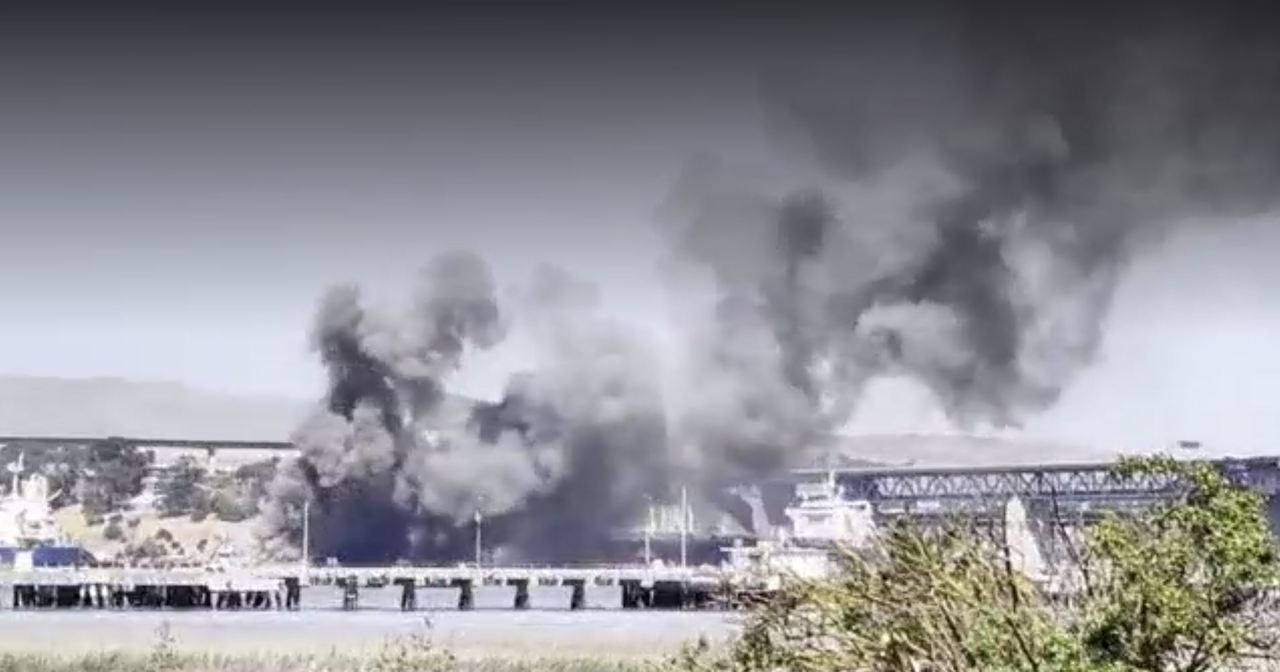 BENICIA, Calif. (KRON) — Police and firefighters are responding to a four-alarm structure fire in Benicia near the block of 1279 Bayshore Road near Amports, officials report.

There is heavy police and fire presence due to the fire, officials said in a tweet. The Oakland Fire Department said they are assisting with the fire in Benicia.

As of 3:40 p.m., the San Francisco Fire Department has joined in on the response efforts. The Benicia Fire Department added that there is no threat to the public at this time.

However, Contra Costa Health Services said the smoke from the fire is impacting nearby areas in Concord. Officials are advising those with respiratory issues to limit outdoor activity.

Aerial camera video from the California Highway Patrol shows crews’ efforts to put out the fire.

Earlier around noon, officials reported the fire was a two-alarm fire. About two hours later, the fire grew to be a four-alarm fire as of 3 p.m.