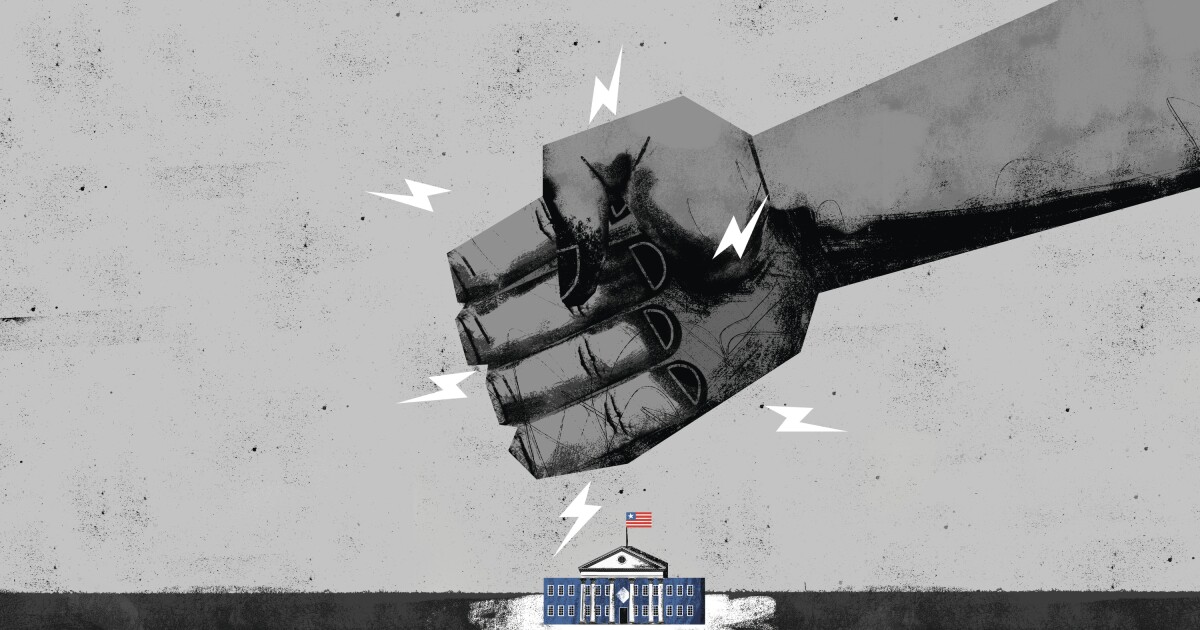 wo days ago, The New York Times and The Washington Post broke a story that identifies the largest and most dangerous threat to academic freedom in recent history: the prospect of statehouse Republicans using their influence to pressure state universities to restrain the academic freedom of faculty members who speak up for democracy. The University of Florida, whose state funding and Board of Trustees are under the thumb of Gov. Ron DeSantis of Florida, a Republican, has prohibited three political scientists on its faculty from offering expert-witness testimony in a civil lawsuit that challenges the state’s new and highly restrictive voting law.

The facts are straightforward: The university administrators — all of whom are ultimately accountable to the trustees — maintain that since the university is a state institution, it would be a conflict of interest for its employees to offer testimony against the state government.

This is an obvious, and unprecedented, violation of basic principles of academic freedom. If this policy is allowed to stand, it will mean that all professors on the payroll of the University of Florida might be barred from public testimony, professional activity, or perhaps even public advocacy that challenges the governor and his cronies on the Board of Trustees.

The words “chilling effect” hardly suffice. Carrying out this policy would entail a complete freezing of academic freedom, and the potential destruction of those disciplines that foster forms of knowledge that run afoul of Republican dogma.

But even more terrible is the fact that this policy is being pioneered in one of the two states — the other is Texas — where statehouse Republicans are working with particular cynicism to undermine democracy, and where Republican governors are doing their damnedest to out-Trump Trump in preparation for a possible presidential run.

DeSantis’s law restricting voting rights is a frontal assault on democracy in his state, and his lackeys at the University of Florida are saying to the political scientists on the faculty that whatever they claim to know about voting rights, election administration, racial justice, or anything else, they had better keep their mouths shut in public settings where their knowledge creates problems for Ron DeSantis and his Republican allies in the statehouse.

This is an attack on political science, on the social sciences and humanities more generally, and on the very principles of academic freedom and professional autonomy.

he same week that political science was being quashed in Florida, The Gainesville Sun was reporting on another instance of shocking political interference by Governor DeSantis. As the Times summarized it later, DeSantis and his handpicked head of the Board of Trustees “had arranged this fall for the University of Florida to hire and grant tenure to a controversial UCLA professor, Joseph Ladapo, in only two weeks. DeSantis quickly named Ladapo as the state’s surgeon general.“ This gives new meaning to the term “fast-tracked.”

Lapido infamously appeared in the summer of 2020 at a press conference for a group called America’s Frontline Doctors, denouncing Covid safety measures and touting the virtues of hydroxychloroquine. Now he does DeSantis’s bidding as the state’s chief culture warrior against masking and vaccine mandates — while also serving as a professor at the University of Florida’s medical school.

DeSantis, who makes no bones about his hostility toward medical science, public health, and free and fair elections, is now having his way with the University of Florida, and he has placed its political-science department in the crosshairs.

What will come next in Florida? Or Texas? Or Arizona? Or any of the 20 other states where Republicans have complete control of state government, like Indiana?

To the Republicans working to undermine constitutional democracy, even the most basic academic knowledge about voting is dangerous knowledge. And so their fight against democracy has become a fight against scholarship itself. Faculty members, both as individuals and as members of their various disciplines, have no choice but to fight back — in the name not only of academic freedom, but of democracy itself.