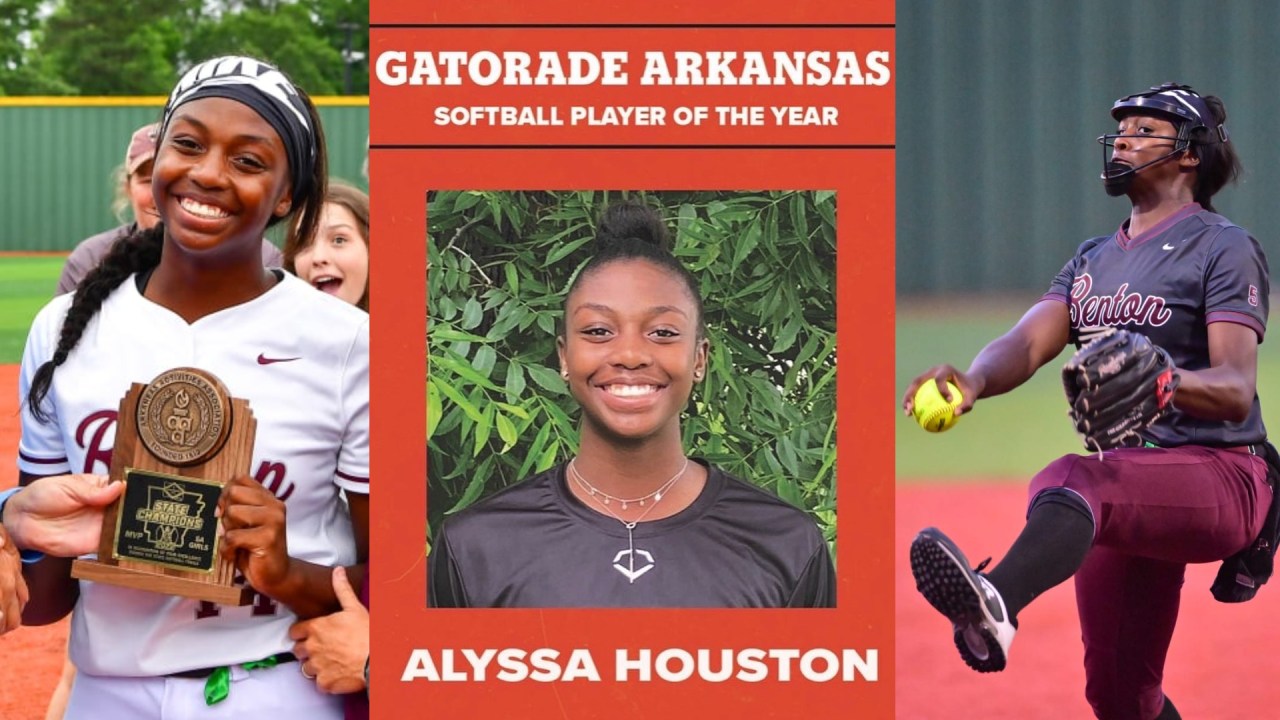 BENTON, Ark. — Weeks removed from going back-to-back as class 5A state champions, Benton Softball picked up a significant honor on Thursday. Junior pitcher and third baseman Alyssa Houston was named the Arkansas Gatorade Softball Player of the Year, marking the first time a Lady Panther has ever earned the recognition.

“It was shocking for me to get it as a junior,” Houston told FOX16’s Nick Walters. “I always see seniors get it and there’s a lot of good ball players around Arkansas… To be noticed in our state is amazing.”

Houston helped lead Benton to an undefeated season with a 34-0 record. The Lady Panthers haven’t lost since Houston’s freshman year in 2020, rattling off 64 straight wins to date. In Benton’s recent 3-2 state final win over Greene County Tech, Houston threw four innings of hitless relief with 10 strikeouts. The 36th-ranked recruit in the class of 2023, she’s proud to have given her senior teammates a proper sendoff while defending their home turf.

“I got to do it on the place I love most, our home field.”

A multi-sport athlete also playing basketball, Houston’s path to this honor hasn’t been without its adversity. She says that coming up as a Black pitcher was difficult, as it was considered uncommon. From a young age, Houston’s mother offered motivation that has since translated into talent garnering national attention at Benton.

“I remember crying one day in the car because we had lost, and I was like ‘it’s on me,’ Houston said. “My mom told me ‘you are going to work hard and prove that you belong to be out here.’”

Houston is now a nominee for Gatorade’s national player of the year award, selected amongst the 50 winners by state. Read more about Houston and her honor here.