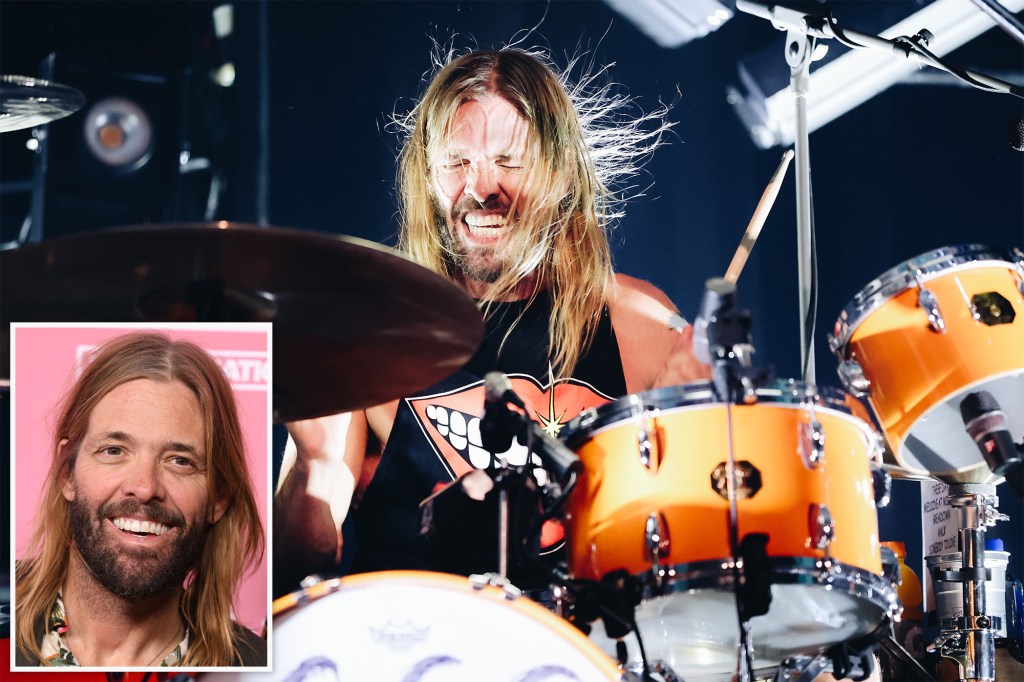 “His musical spirit and infectious laughter will live on with all of us forever,” the band wrote.

Shortly after the tragic announcement, the band backed out of its scheduled Friday performance at the Picnic Stereo Festival in Bogotá, Colombia. The band recently played Lollapalooza Chile on March 18 and Lollapalooza Argentina on March 20. They are slated to headline Lollapalooza Brasil on Sunday.

Hawkins joined Foo Fighters in 1997 after spending two years as Alanis Morissette’s touring drummer. In 2006, he released his solo project Taylor Hawkins and the Coattail Riders.

The band just released their horror-comedy “Studio 666” in February. In the film, the members poke fun at themselves in the haunted house they rented out to work on their 2021 album “Medicine at Midnight.”

“It is something I never wanted to or expected to do. It just kinda happened,” Foo Fighters frontman Dave Grohl told The Post. “A friend of mine … had a meeting with these people that said that they want to make a horror film with Foo Fighters. I was like, ‘That’s the stupidest f–king idea I’ve ever heard in my life. There’s no way we’d do that s–t.’

“When it comes to writing records and making music, we take that very seriously,” Grohl told The Post about the band’s longevity. “When it comes to getting onstage and being a live band, we take that very seriously — we want to be the best f–king live band you have ever seen in your life. We play those two-, three-hour shows, give 150% every night.”