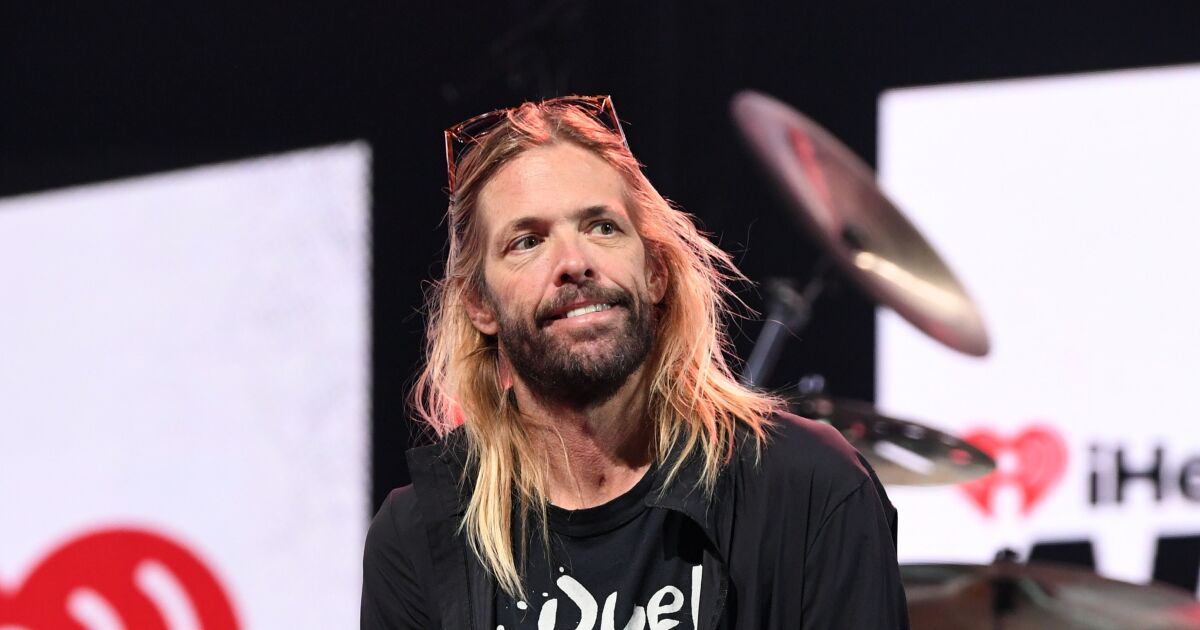 A new posthumous profile of Taylor Hawkins, the Foo Fighters’ drummer who died in March, examines his final months on the road with the legendary rock band. And it isn’t sitting well with his former bandmates and some of his friends who were interviewed for the story.

Speaking to Rolling Stone for a piece published Monday, several of Hawkins’ friends said the late musician complained of tour-related exhaustion as the band hit the road following an 18-month, pandemic-induced hiatus.

“He had a heart-to-heart with Dave [Grohl] and, yeah, he told me that he ‘couldn’t f— do it anymore’ — those were his words,” Cameron told the magazine. “So I guess they did come to some understanding, but it just seems like the touring schedule got even crazier after that.”

Several hours after the story was published, however, Cameron said his words were misrepresented and apologized for any harm he might have caused.

“When I agreed to take part in the Rolling Stone article about Taylor, I assumed it would be a celebration of his life and work,” he wrote on Instagram Tuesday. “My quotes were taken out of context and shaped into a narrative I had never intended.”

“Taylor was a dear friend, and a next level artist,” he added. “I have only the deepest love and respect for Taylor, Dave and the Foo Fighters families. I am truly sorry to have taken part in this interview and I apologize that my participation may have caused harm to those for whom I have only the deepest respect and admiration.”

Cameron was one of several people who told Rolling Stone that Hawkins had complained of exhaustion due to the group’s breakneck schedule. The band played about 40 shows between June and December 2021, and had about 60 more scheduled for 2022, although the tour was canceled following Hawkins’ death at 50. No cause of death has been revealed, but multiple substances were found in Hawkins’ system.

In December, Foo Fighters were forced to cancel a concert at the Abu Dhab Grand Prix, with the concert promoter saying at the time an unnamed band member was rushed to the hospital in Chicago. According to Red Hot Chili Peppers drummer Chad Smith, that person was Hawkins after he fell unconscious on the plane.

“He just said he was exhausted and collapsed, and they had to pump him full of IVs and stuff,” Smith told Rolling Stone. “That was one of the straws that broke the camel’s back. After that, he had a real important heart-to-heart with Dave and the management. He said, ‘I can’t continue on this schedule, and so we’ve got to figure out something.’”

A representative for Foo Fighters denied Hawkins ever lost consciousness on the plane and said the drummer never voiced concerns of being overworked.

Smith also walked back his comments after Rolling Stone published its story, saying he thought he was contributing to a “loving tribute” when he agreed to speak with writer Andy Greene.

“Taylor was one of my best friends and I would do anything for his family,” Smith wrote on Instagram Tuesday afternoon. “I was asked by Rolling Stone to share some memories of our time together, which I thought was going to be the loving tribute he deserved. Instead, the story they wrote was sensationalized and misleading, and had I known I never would have agreed to participate.

“I apologize to his family and musical friends for any pain this may have caused,” he continued. “I miss Taylor every day.”

Hawkins died on March 25 ahead of a scheduled performance at Festival Estéreo Picnic in Bogotá, Colombia. An official cause of death has not been released, but investigators said traces of 10 drugs were found in his system.