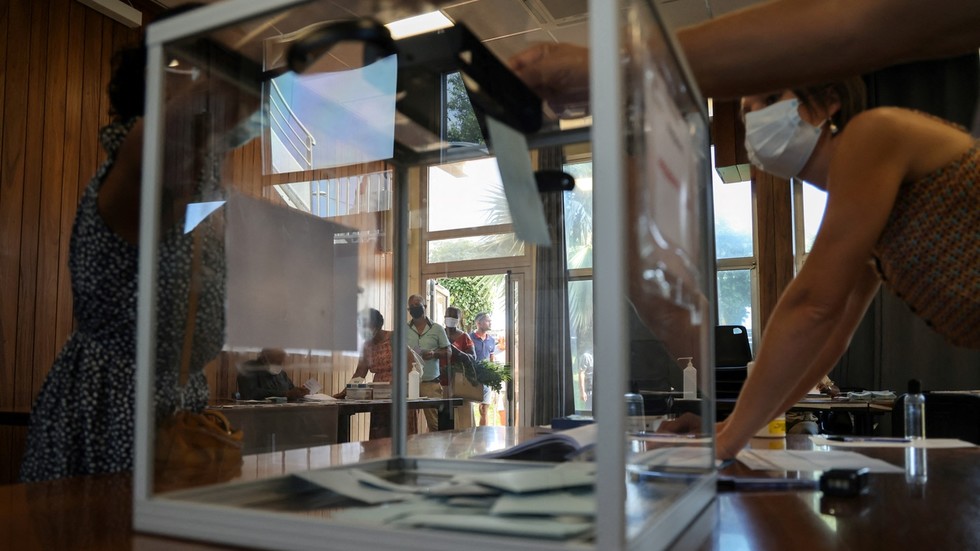 The first round of the French presidential election kicked off on Sunday, with citizens in the country’s overseas territories casting their ballots on Saturday. According to opinion polls, out of the 12 candidates, the incumbent president, Emmanuel Macron, and the National Rally party’s leader, Marine Le Pen, will most likely make it to the second round of the vote on April 24.

Polling stations close at 1800 GMT, with the first exit polls expected shortly thereafter. Some experts have warned of low turnout, with younger and low-income voters likely to abstain.

According to some analysts, until recently, Macron was comfortably in the lead; however, a combination of several factors, including his plan to increase the retirement age, rising inflation, and his late official entry into the race, has somewhat dampened popular support.


His main rival, Marine Le Pen, actively toured France, calling out the current administration for the ever-growing cost of living. Speaking in front of supporters on Thursday, Le Pen urged them to vote and to administer the “fair punishment which those who have governed us so badly deserve.”

In the immediate run-up to the election, the sitting president repeatedly claimed Le Pen’s political program was “racist” and aimed to “divide society” – which the National Rally leader has vehemently denied.

Nevertheless, Macron, speaking at a recent rally, warned supporters that the right-wing candidate could win. “Look at what happened with Brexit, and so many other elections: what looked improbable actually happened.”

Twelve candidates are vying for France’s top job. Half of the contenders have taken part in presidential elections in the past, with Macron and Le Pen crossing swords in 2017. Leftist candidate Jean-Luc Mélenchon is a veteran politician who hopes to spoil the expected Macron-Le Pen rematch and make it to the final round. His supporters have called on left-leaning voters to consolidate around the firebrand socialist. Among the other left-wing candidates are far-left politician Philippe Poutou, socialist Nathalie Arthaud, Anne Hidalgo, the socialist mayor of Paris, Yannick Jadot of the Greens, and Fabien Roussel of the Communist Party.

On the opposite end of the political spectrum are nationalist Nicolas Dupont-Aignan, center-right ruralist Jean Lassalle, Valérie Pécresse, the conservative head of the Paris region, and Eric Zemmour, a TV personality turned-right-wing politician, who has surged in popularity with his anti-immigration rhetoric. According to opinion polls, however, Zemmour has failed to unseat Le Pen as the most popular candidate on the right.