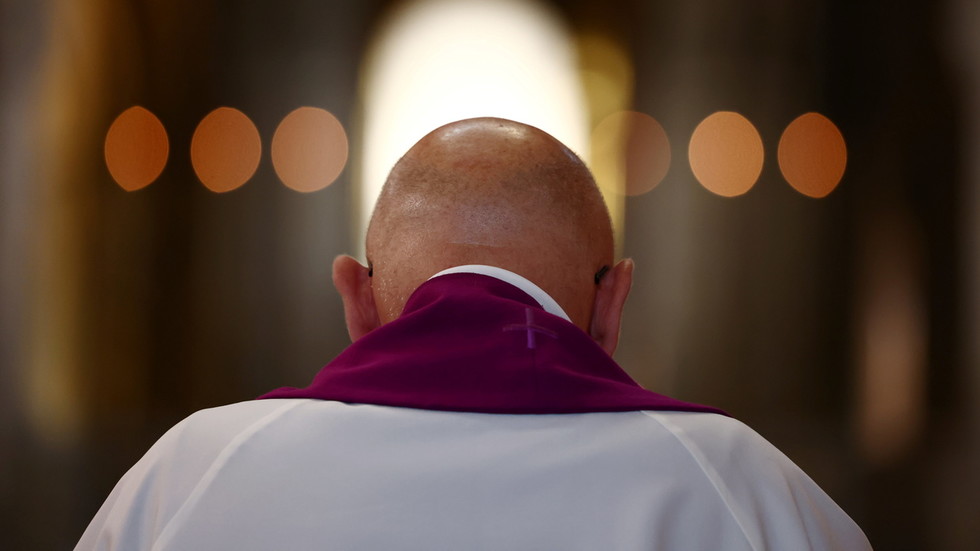 France’s top bishop has been summoned by the interior minister for stating that sex abuse revealed to priests during confession would stay a secret. Days earlier, a shocking French report revealed decades of abuse by clergy.

Eric de Moulins-Beaufort, Archbishop of Reims and head of the Bishops’ Conference of France, told a radio interview on Thursday that the Catholic sacrament of confession is subject to a pact of secrecy “stronger than the laws of the Republic.”

Even when serious crime is revealed, “confession must remain secret because it opens a space where one can speak freely…before God,” the Bishop added. However, he also stated that it would be unlikely for a pedophile to own up to his crimes in the confession box.

Also on rt.com
‘Veil of silence’ let up to 330,000 children be abused by clergy and lay members within France’s Catholic Church since 1950s


French law and Catholic doctrine directly clash on this issue. Article 434-3 of the French penal code requires anyone with knowledge of the assault or sexual abuse of a minor to inform the authorities. Failure to do so is punishable with a fine of up to €45,000 ($52,000) or three years’ imprisonment, rising to a €75,000 ($86,000) fine or five years behind bars for acts involving a victim under 15 years old.

“Nothing takes precedence over the laws of the republic in our country,” French government spokesman Gabriel Attal said on Thursday, adding that de Moulins-Beaufort had been summoned to explain himself before Interior Minister Gerald Darmanin next week.

Also on rt.com
‘Most absolute of evils’: Investigation estimates up to 3,200 pedophile priests in French Catholic Church since 1950


De Moulins-Beaufort was not on the radio to talk about hypothetical scenarios. Earlier this week, an inquiry declared that a “veil of silence” allowed French clergy to assault victims for decades. Over the past 70 years, the inquiry established roughly 216,000 children were the victims of abuse, with that number potentially growing to 330,000 when including lay members. Out of a total of 115,000 priests and clergy during that time, evidence showed 2,900 to 3,200 were accused of abuse.

Over 20 allegations have been handed to French prosecutors to weigh charges against the alleged abusers, while more than 40 cases deemed criminal could not be prosecuted due to the expiry of France’s 20-year statute of limitations on such crimes.