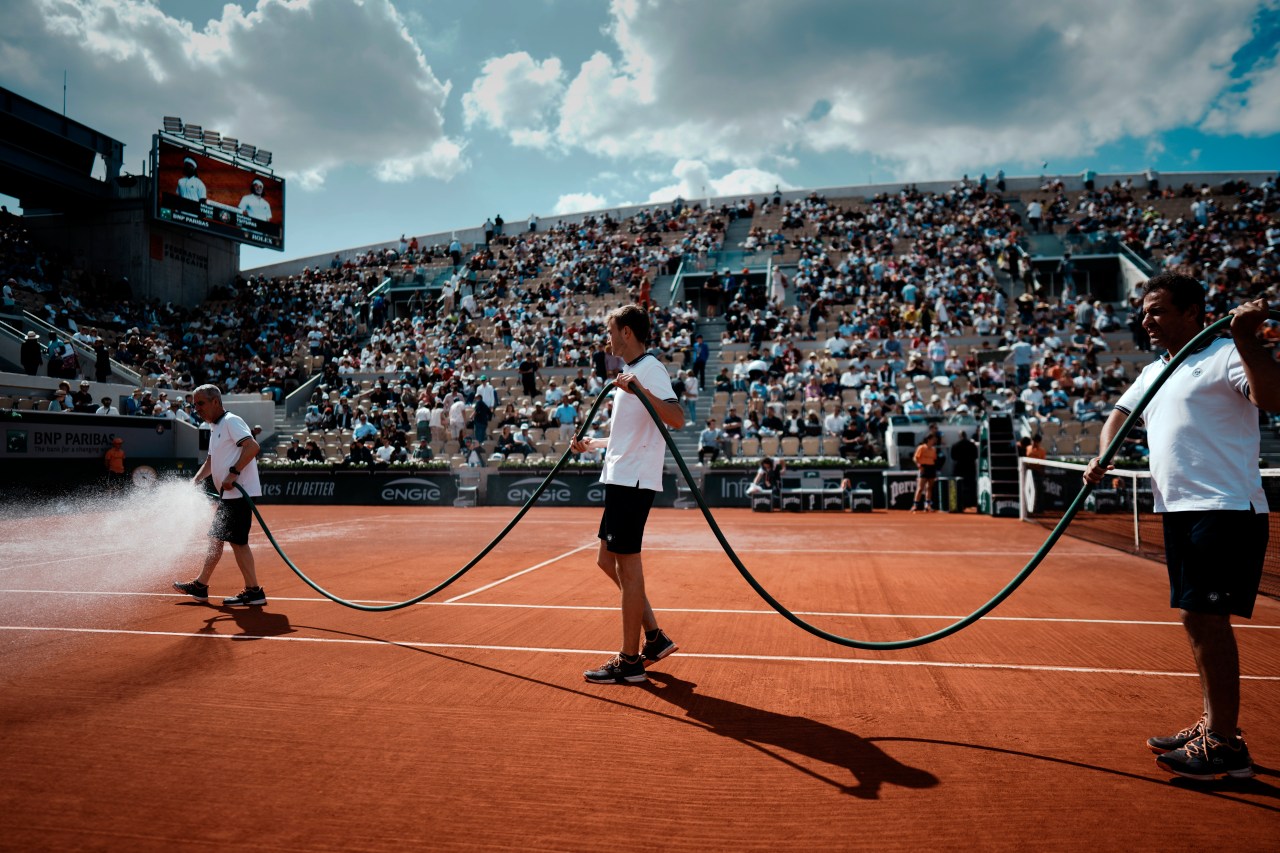 U.S. Open runner-up Leylah Fernandez has moved into the quarterfinals at Roland Garros for the first time with a 6-3, 4-6, 6-3 victory over Amanda Anisimova.

The 19-year-old Fernandez had more than twice as many winners, 35, as unforced errors, 17, and continued her run of impressive returning at the tournament. She broke Anisimova six times and now has won 23 of her opponents’ service games through four matches.

Fernandez had never won more than two consecutive main-draw matches on clay until this trip to Paris.

The Canadian made a breakthrough last year at the U.S. Open by making it all the way to the final before losing to Emma Raducanu in a matchup between a pair of unseeded teenagers.

Fernandez, the youngest player to win a WTA title in 2022, is seeded 17th at the French Open and will play Martina Trevisan of Italy next.

The 27th-seeded Anisimova was a semifinalist at Roland Garros in 2019 at age 17. The American eliminated four-time major champion Naomi Osaka in the first round this year.

Martina Trevisan of Italy has reached the quarterfinals at Roland Garros for the second time in three appearances.

Sasnovich served for the second set at 5-3 but got broken at love there, part of a stretch in which Trevisan collected 13 of 15 points.

Trevisan won her first WTA title at Rabat the week before the French Open began and is now on a nine-match winning streak. Eight of those victories came in straight sets.

She was a qualifier ranked 159th in 2020 when she made a surprising run to the French Open quarterfinals before losing at that stage to eventual champion Iga Swiatek. This time, Trevisan will meet Leylah Fernandez or Amanda Anisimova for a semifinal berth.

Trevisan has lost in the first or second round in six other Grand Slam appearances.

The 47th-ranked Sasnovich beat major champions Angelique Kerber and Emma Raducanu to get to the fourth round in Paris.

Sasnovich has never made it to the quarterfinals in 28 career major tournaments.

Fourth-round action at Roland Garros is underway on the chilliest day of the tournament so far, with the temperature at 55 degrees Fahrenheit (13 Celsius).

Five American women made it to the round of 16 at the clay-court Grand Slam tournament for the first time since 2003, and three are in action Sunday.

Amanda Anisimova, a semifinalist in Paris in 2019 at age 17, is playing 2021 U.S. Open runner-up Leylah Fernandez at Court Philippe Chatrier. That match will be followed by Coco Gauff — at 18, she is the youngest woman left in the draw — against 31st-seeded Elise Mertens of Belgium. And 2017 U.S. Open champion Sloane Stephens meets 23rd-seeded Jil Teichmann of Switzerland at Court Suzanne Lenglen.

Rafael Nadal and Novak Djokovic are scheduled to play their fourth-round matches later in the day. If 13-time French Open champion Nadal beats No. 9 Felix Auger-Aliassime, and defending champion Djokovic gets past No. 15 Diego Schwartzman, the owners of a combined 41 major titles will face each other in the quarterfinals.

That would be the 59th matchup between Djokovic and Nadal, extending their record for the most meetings between any two men in the professional era of tennis.