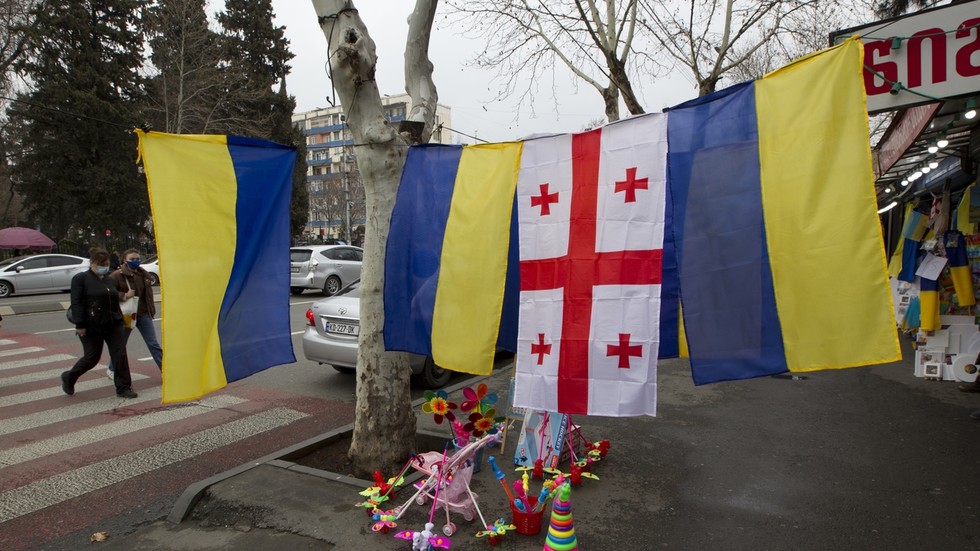 The Secretary of the National Security and Defense Council of Ukraine, Alexey Danilov, called for the opening of a “second front” against Russia as he appeared live on 1+1 TV station late on Saturday.

The senior official said that, should new conflicts break out between Russia and third parties, this would provide “quality support” to Ukraine trying to fend off the ongoing invasion. Georgia could become one such party to try and attack Russia while it’s busy in Ukraine, Danilov suggested, criticizing the neutral stance taken by Tbilisi. Georgian leadership has abstained from imposing anti-Russian sanctions, arguing that such a step would only harm the country’s own economy.

“Georgia is behaving not very appropriately, to put it mildly,” the official said, calling on it to try and “return” its territories. Danilov apparently referred to the breakaway republics of South Ossetia and Abkhazia, which broke away from Tbilisi in the 1990s and were recognized as independent by Russia following the brief 2008 war.


“But, what if both Pridnestrovie, and Georgia, and everyone would embark onto returning their territories today,” Danilov asked, referring to the breakaway region of Moldova, where a Russian peacekeeping force has been stationed for decades already.

“This would definitely help us, because that would make them busy with something besides destroying our cities and villages, killing our children and women.”

Danilov’s warlike calls, however, have met a cold reception in Georgia, with multiple politicians firmly rejecting such ideas. An MP with the ruling Georgian Dream party and the head of Georgia’s parliamentary foreign affairs committee, Nikoloz Samharadze, even expressed doubts such statements could have been produced by that senior official at all.

“I hope this is a lie. Does the Secretary of the Security Council of Ukraine call on Georgia and others to abandon the policy of peaceful restoration of their territorial integrity, opening a second front to destroy our cities and villages, so that Georgian women and children die too? Is this true?” Samkharadze wondered in a social media post.


A similar sentiment was expressed by another MP with the Georgian Dream party, Mikhail Sardzhveladze, who said that igniting more conflicts “will not help or become a relief for Ukraine”

Danilov also approved of the idea to claim the Kaliningrad region from Russia, voiced earlier this week by ex-commander of the Polish Land Forces, General Waldemar Skrzypczak. The general claimed that the historical German region, that ended up under Russian rule after the defeat of Nazi Germany, was, in fact, Polish land.

The remarks scored a widespread condemnation in Russia, with the governor of the region, Anton Alikhanov, warning the Polish general that his country should not raise territorial claims, given that “a very large part of land that is now Poland, in fact, was conquered, claimed from Nazi Germany and transferred as a gift from the Soviet to the Polish people.”