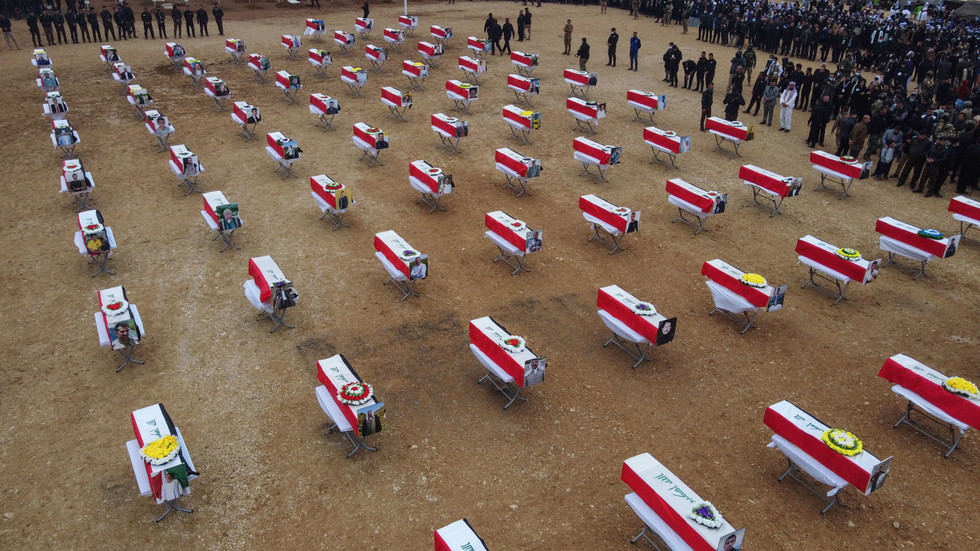 A German woman, who joined ISIS in Iraq, has been jailed for 10 years for letting a five-year-old Yazidi girl die of thirst. It is the first conviction related to the terrorist group’s persecution of the religious minority.

A Munich court handed its verdict to Jennifer Wenisch on Monday. The 30-year-old faced several charges, including murder, murder as a war crime, membership of a terrorist organization, and violation of the German War Weapons Control Act.

The woman was facing the prospect of life in prison due to the severity of the accusations against her, but was ultimately sentenced to 10 years.

Prosecutors said that Wenisch and her husband – Islamic State (IS, formerly ISIS) militant Taha al-Jumailly – “purchased” a Yazidi woman and her five-year-old daughter during their stay in the terrorist stronghold of Mosul, Iraq back in 2015.

The pair used the captives as household “slaves.” But when the small child got sick and wet her mattress, al-Jumailly “chained her up outside as punishment and let the child die an agonizing death of thirst in the scorching heat.”

Wenisch was there when it all happened, but “allowed her husband to do so and did nothing to save the girl,” the prosecutors insisted in the charge.

Also on rt.com
‘The Return: Life After ISIS’ shows Shamima Begum has regrets, but no remorse. It’s time we heard less from her


Al-Jumailly has also been detained and is currently on trial in separate proceedings in the city of Frankfurt. His verdict is expected to be announced in November.

The mother of the later Yazidi girl, who is also in Germany, had testified on several occasions against both the IS man and his wife.

Wenisch said during the trial that she failed to protect the child because she was “afraid” that her husband would “push her or lock her up.”

Her defense questioned the credibility of the testimony by the girl’s mother, insisting that no proof that the child actually died had been presented. The lawyers were looking for Wenisch to get away with just a two-year suspended sentence for supporting a terrorist group.

Wenisch reportedly converted to Islam in 2013 and traveled from Germany to Iraq two years later, taking a route through Turkey and Syria. While in Mosul, she allegedly became a member of Islamic State’s ‘hisbah’ morality police, patrolling the streets with an AK-47 and making sure the strict dress-code and ban on alcohol and smoking were observed by citizens.

In 2016, when the Iraqi government – backed by US forces – started a major offensive on Mosul, Wenisch tried to apply for a new ID in the German embassy in Ankara, but ended up being arrested right after leaving the mission and was later extradited to Germany.

Also on rt.com
Former Yazidi slave confronts her ISIS rapist on Iraqi TV after saying she met him as a ‘refugee’ in Germany (DRAMATIC VIDEO)


The Yazidis are a Kurdish-speaking ethnic and religious minority living in northwest Iraq as well as parts of Syria, Turkey and Iran.

Islamic State radicals considered them heretics due to their beliefs, which combine several ancient Middle Eastern religions, and harshly persecuted the group.

The terrorists allegedly murdered thousands of Yazidi men, while abducting women and young girls. They were turned into slaves, with the children forcibly converted to Islam and forbidden from speaking Kurdish.

More than 6,400 Yazidi men, women, and children were kidnapped when IS overran Mosul in June 2014, with many of those still remaining in captivity, according to Hussein Qaidi, head of the Office for Yazidi Abductees Affairs.