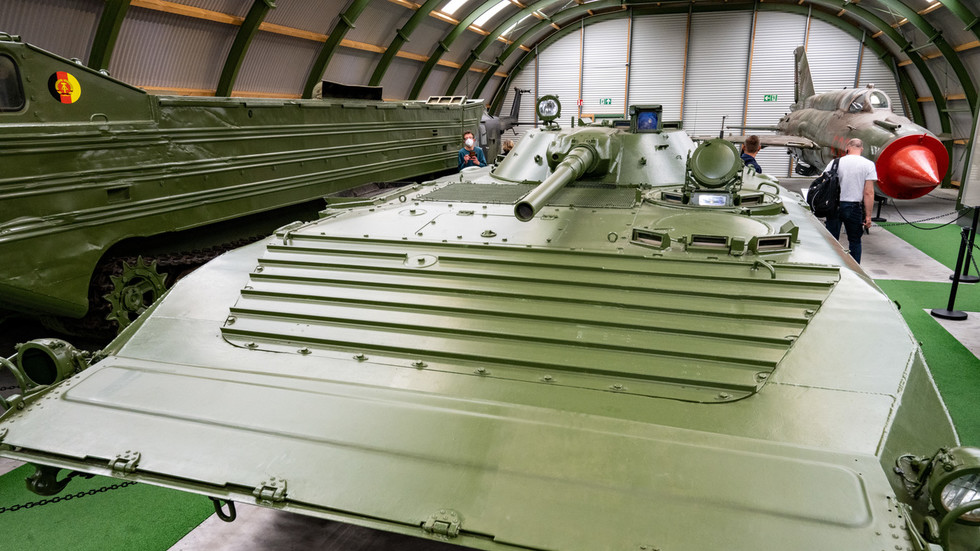 Germany has given the green light to supply 58 PbV-501 (BMP-1) infantry fighting vehicles (IVFs) to Ukraine, a spokesman for the Defense Ministry told the Welt newspaper, on Friday. While the vehicles are currently owned by a Czech firm, any attempt to transfer them to third parties still requires approval from Berlin due to the end-user agreement.

The vehicles, which were designed in the 1960s, originally belonged to the former East Germany, and ended up in the inventory of the German military after the fall of the Berlin Wall and the reunification of the country. The IFVs were transferred to Sweden in the late 1990s, where they were upgraded to a PbV-501 version.

The armored vehicles were ultimately sold to the Czech Republic, which tried to pass them onto Ukraine in 2019, the newspaper reported. At the time, however, the company that owned the IFVs failed to secure permission to do so from Berlin.


The potential delivery of the vehicles to Kiev is not expected to materialize immediately, as the IFVs still require maintenance and repair. The process will likely take a few weeks, the newspaper said.

So far, Germany has abstained from supplying Ukraine with heavy military hardware, sticking to deliveries of personnel armor and helmets, as well as man-portable anti-aircraft and anti-tank systems.

Moscow attacked the neighboring state in late February, following Ukraine’s failure to implement the terms of the Minsk agreements signed in 2014, and Russia’s eventual recognition of the Donbass republics in Donetsk and Lugansk. The German and French brokered Minsk Protocol was designed to regularize the status of the regions within the Ukrainian state.