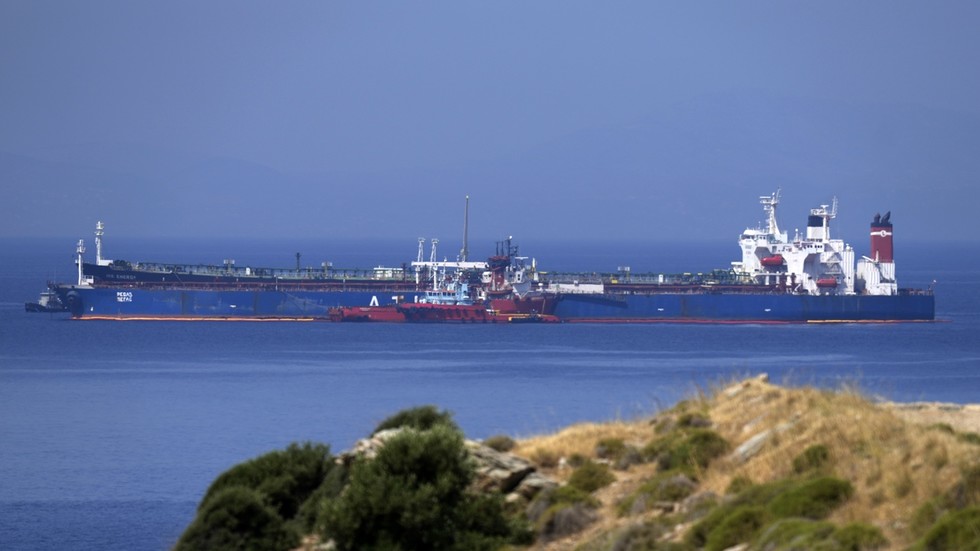 An appeals court in Greece has overturned a decision that allowed the US to confiscate fuel from a detained tanker, the Iranian embassy says

An appeals court in the Greek city of Halkida has overturned a ruling that allowed the US to confiscate Iranian oil, the Iranian embassy and some Greek officials have confirmed.

Wednesday’s decision hasn’t been officially announced by the court yet.

Greek authorities seized the tanker, Lana, carrying Iranian oil, in April, due to suspicions that it had links to Russia and was breaching sanctions imposed on Moscow over the conflict in Ukraine.

In May, the US confiscated some of the oil from the vessel, and transferred it to another ship, based on the initial court ruling. According to the media, the tanker was carrying more than 100,000 tons of Iranian crude, which violated US and EU restrictions on Tehran.


Iran decried the move as an act of “piracy” and retaliated by arresting two oil tankers flying the Greek flag in the Persian Gulf, escalating the situation even further.

“By God’s grace, the entire oil shipment will be returned,” the Iranian Embassy in Greece announced on Twitter on Thursday.

“Intense consultations” have been underway between Tehran and Athens to make sure that the decision by the appeals court regarding the cargo from the tanker is fully implemented, it added.

“The court has ruled that the cargo be released,” a Greek government official told AFP, stressing that authorities in Athens had nothing to do with the decision.

He also said that the Greek government was “very hopeful” that the ruling would lead to the release of the Greek-flagged tankers that Iran detained in late May.