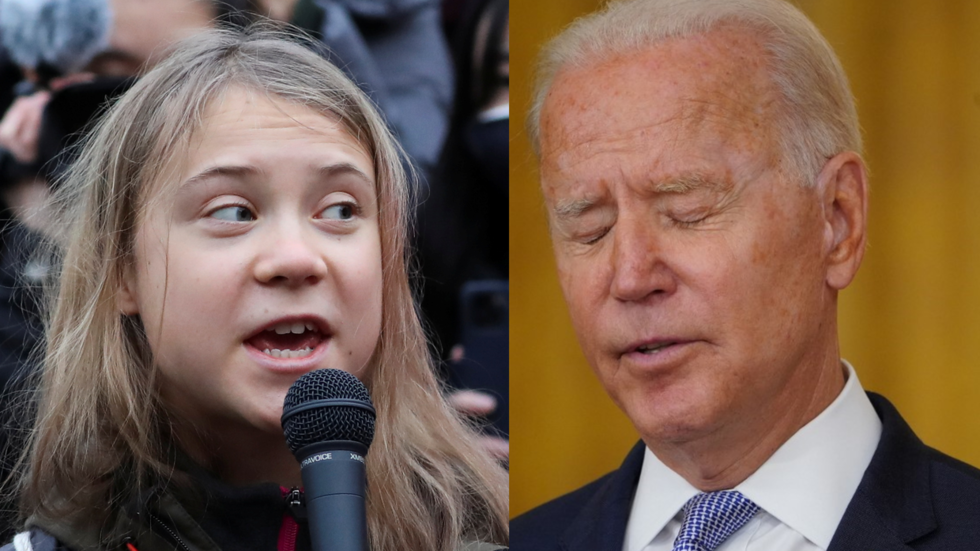 Greta Thunberg’s rants against world leaders have escalated, as the teen environmental activist has graduated from saying “How dare you” in a UN speech to using explicit language outside the COP26 climate summit in Scotland.

The Swedish activist’s latest polemic isn’t entirely unprecedented – she has built a massive following largely by challenging politicians to take more action to fight climate change – but her rhetoric is clearly amping up now that she’s an adult.

She famously chastised world leaders in her 2019 speech at the UN in New York, saying repeatedly, “How dare you.” She angrily told the audience, “We are in the beginning of a mass extinction, and all you can talk about is money and fairytales of eternal economic growth. How dare you!”

As Thunberg ranted in Glasgow about politicians only giving lip service about the “climate crisis,” the proceedings at COP26 did little to dispel her point. In fact, US President Joe Biden appeared to fall asleep during one of the opening speeches at the summit on Monday.

A viral video posted on social media shows Biden sitting with arms crossed and appearing to nod off as South African human rights activist Eddie Ndopu called on leaders to take “concrete actions to stop the destruction of this magnificent planet.” An aide appeared to wake Biden up just in time to clap at the end of Ndopu’s speech. The president then rubbed his eyes as an announcer welcomed the next speaker.

Like other heads of state, Biden has repeatedly made alarming statements on global warming, including calling it the top national security threat facing the US. He declared in September that “this is code red” and “climate change poses an existential threat to our lives and our economy.” He added, “The nation and the world are in peril.”

In fact, on the same day of his alleged nap at COP26, Biden told summit participants that climate change is the “challenge of our collective lifetimes” and “an existential threat to human existence.” He also emphasized an urgency contrary to his drowsy appearance, saying, “Every day we delay, the cost of inaction increases.”