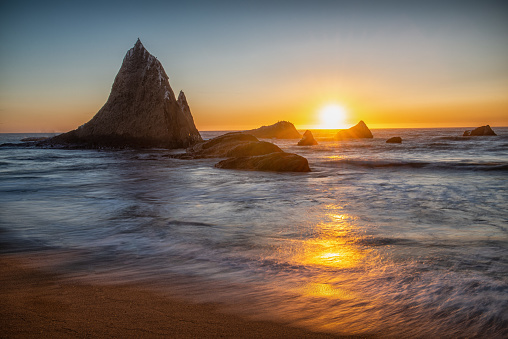 HALF MOON BAY, Calif. (KRON) — Half Moon Bay recorded its lowest temperature on this day since 1993, the National Weather Service Bay Area said in a tweet.

“There will be some stratus trying to rebuild at and south of Half Moon Bay,” officials said in the tweet. “But with higher pressure growing over the next couple of days [the fog] will be a very compressed marine layer (if one at all) with a robust dry air mass.”

Officials say Sunday is expected to be sunny with a high of 64 F and a low of 47 F. Winds can potentially reach 18 MPH throughout the day.

The costal city is located 28 miles south of San Francisco. According to the Half Moon Bay visitor website, it is considered the oldest settlement in San Mateo County dating back to the 1840s.

The city’s various beaches contribute to its high tourism and cool air. Weather reports say the city will remain cloudy for the remainder of the week.