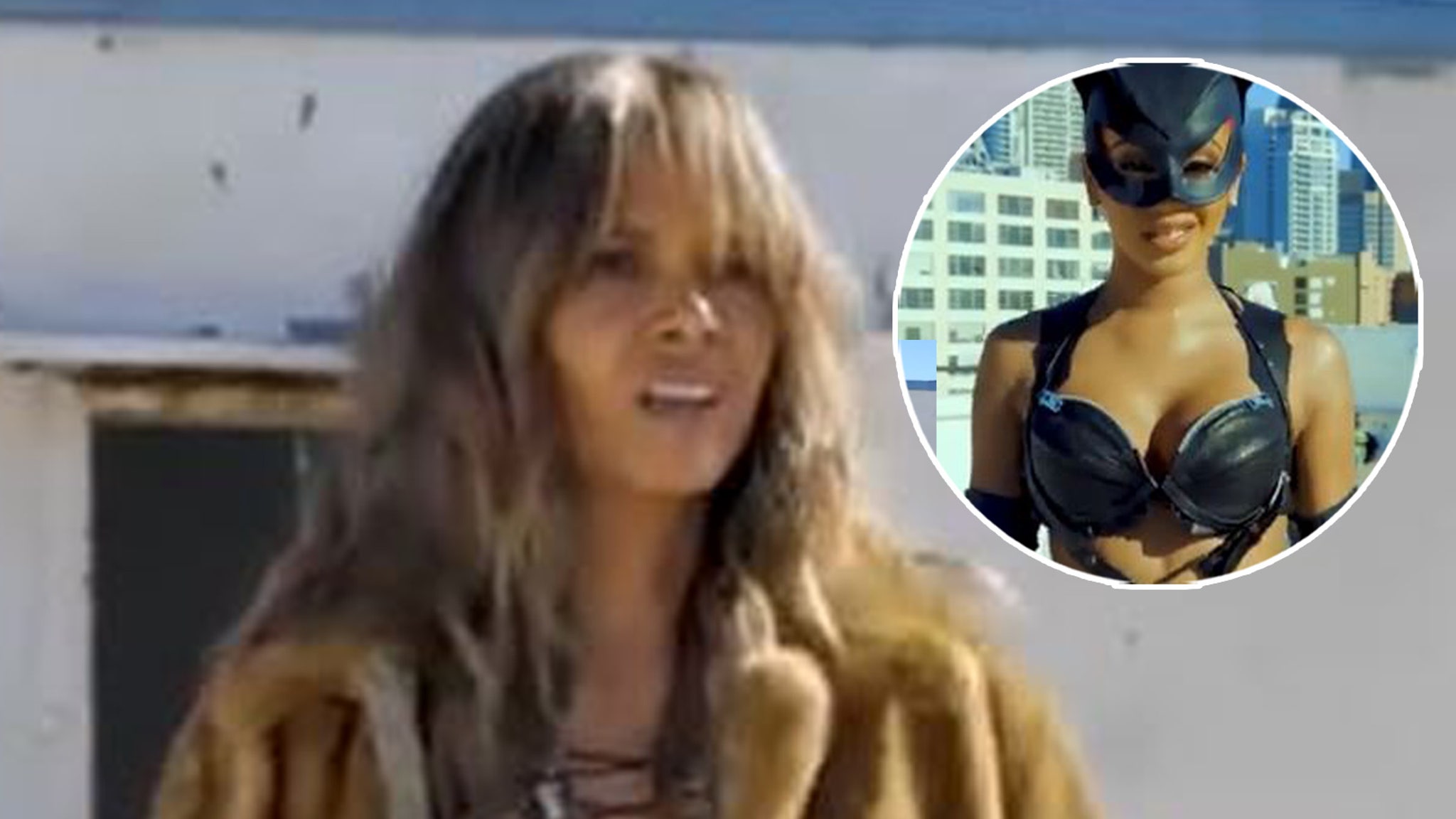 The Oscar winner makes a hilarious cameo in the singer’s Halloween video.

Saweetie showcased her Catwoman costume for Halloween and it got the seal of approval from the woman who wore it first: Halle Berry.

On Friday, the singer shared a hilarious video of her donning the iconic leather mask and cut-out black ensemble made famous by Berry in 2004’s “Catwoman.”

12 Actors Who Were Almost Cast In Marvel Movies

“Had to put on for the best Catwoman to ever do it 🤷🏽‍♀️💅🏽 @halleberry,” Saweetie wrote alongside the clip.

The Oscar winner shared it to her own Twitter, captioning it, “There’s enough room for more than one Catwoman 💅🏽 @saweetie #IKDR.”

The video begins with Saweetie strutting across a rooftop and lip syncing to one of Berry’s lines in the film, where she says, “You see sometimes I’m good, but sometimes I’m bad, but only as bad as I wanna be.”

Berry then pops out onto the rooftop and interrupts Saweetie, asking, “What the hell is going on here?”

“I’m just trying to get out here and get these coins,” the “Best Friends” hitmaker replies.

An “intense stare down” ensues before Berry nods and says one of Saweetie’s signature lines, “I know dat’s right.”

And with that, Saweetie crouches down — ala Berry’s Catwoman  — before superhero-jumping off the roof.

Berry’s turn as Patience Phillips in the 2004 flop — “Catwoman” was critically panned and made only $80 million on a $100 million budget — earned her a Razzie as Worst Actress, which she proudly picked up holding her Best Actress Oscar from 2001’s “Monster’s Ball.”

For Berry, she has no regrets about making the comic book adaptation, telling EW in August, “For me, it was one of the biggest paydays of my whole life, which, there’s nothing wrong with that…. I don’t want to feel like ‘Oh, I can only do award-worthy stuff.’ What is an award-worthy performance?”