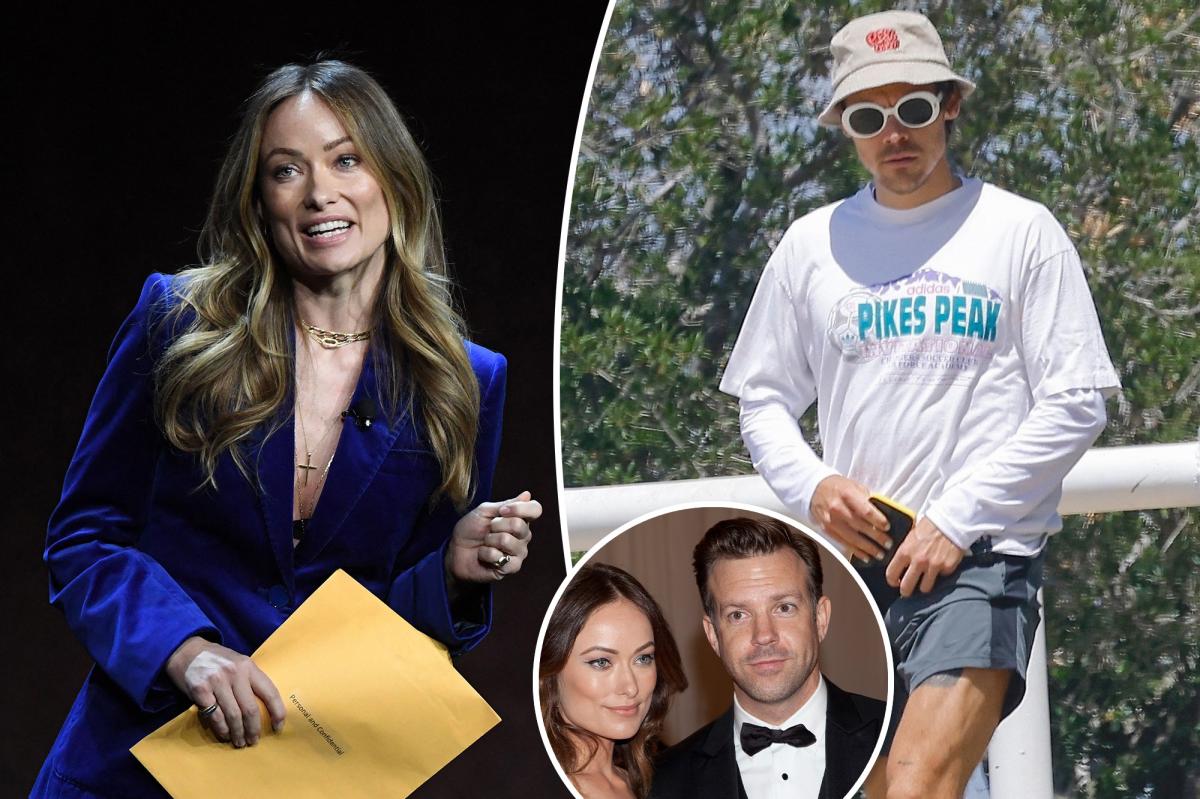 Harry Styles was spotted hiking in Los Angeles on Saturday, getting some fresh air amid girlfriend Olivia Wilde’s custody drama.

The “Watermelon Sugar” singer, who was joined by a male friend, wore a white graphic tee, gray short shorts and orange trainers for the outing.

He completed the sporty look with a white bucket hat and white-rimmed sunglasses.

Styles’ outing comes just days after Wilde was served with custody papers from ex Jason Sudeikis while on stage at CinemaCon.

Wilde, 38, made a surprise appearance at the Las Vegas fan event to introduce the highly anticipated first trailer for her upcoming film, “Don’t Worry Darling.”

A source told Page Six that Wilde was “mortified” by the “beyond inappropriate” timing.

“It seemed unthinkable to her, and it took a moment to set in, but as mortifying as it was, she did not want to give a reaction.”

In fact, Wilde was “determined to power through” with revealing the film’s trailer, which also stars Styles, 28.

“She was there to introduce a project that is near and dear to her heart, and for someone to try to take that moment from her — whether it be Jason, a process server or anyone else — was beyond inappropriate,” the source continued.

As previously reported, Wilde was in the middle of speaking to about 4,000 fans at Caesars Palace last Tuesday when a woman handed her a manila envelope labeled “Personal and Confidential.”

“This is for me?” she asked, visibly confused. Upon taking a peek at the contents of the documents, which pertained to her children, she calmly continued on with her remarks.

A source close to Sudeikis, 46, insisted to Page Six that he “had no prior knowledge of the time or place that the envelope would have been delivered … and he would never condone [Wilde] being served in such an inappropriate manner.”

We’re told the “Ted Lasso” star was filming Season 3 of the hit Apple TV+ show in London at the time.

The former couple started dating in November 2011 and he popped the question in January 2013.

They welcomed two children – son Otis, 8, and daughter Daisy, 5 – before calling it quits in November 2020.

Following their breakup, Wilde moved on with Styles, and the two have been seemingly inseparable ever since. Most recently, the actress was spotted cheering Styles on during his headlining set at Coachella.