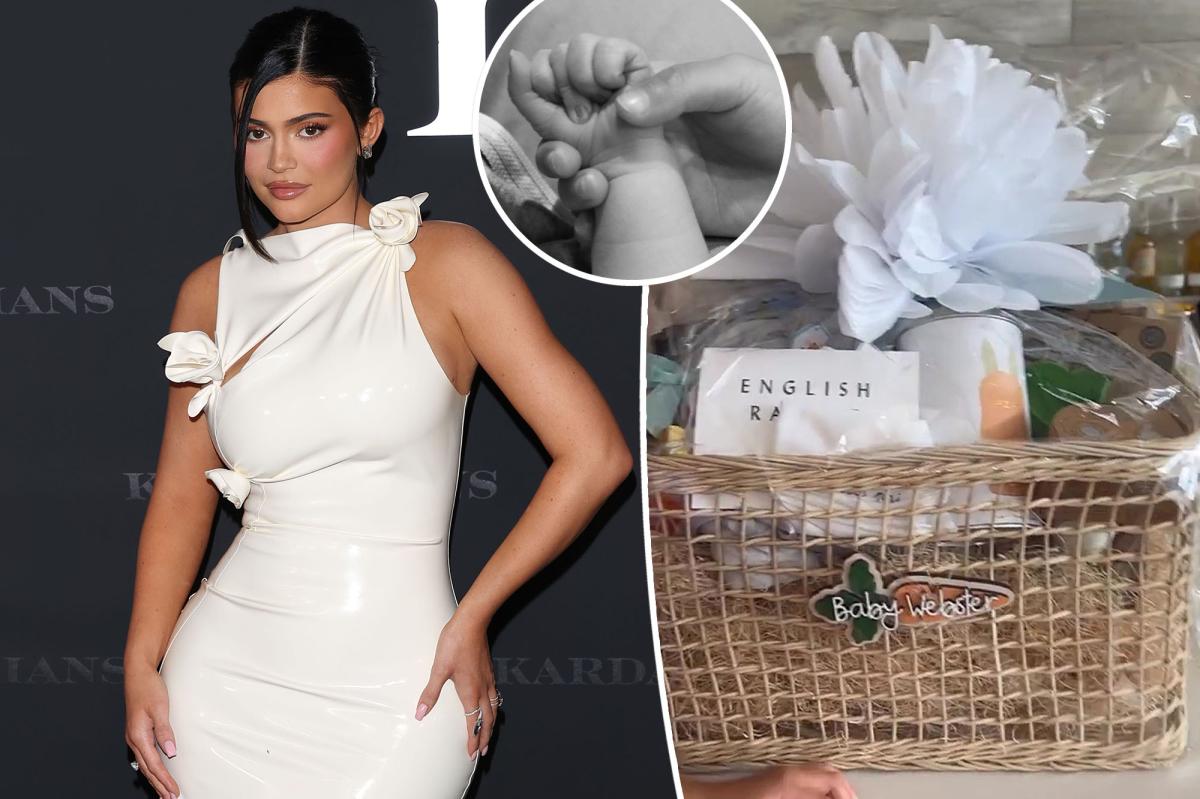 The Kylie Cosmetics founder and Travis Scott’s second child, who was originally named Wolf before the couple had a change of heart, does not seem to have a new moniker yet.

Jenner shared footage on her Instagram Story Sunday from her niece True Thompson’s 4th birthday party and showed off the individualized goodie baskets for attendees. One was created for Jenner’s daughter, Stormi, while another was given to “Baby Webster” (Scott’s real last name).

Given that the Kardashian-Jenners are incredibly savvy, the basket may have been intentionally labeled that way so as to prevent the name reveal — which, frankly, is likely the case — or Jenner and Scott have yet to land on a name.

Jenner, 24, and Scott, 30, welcomed their baby boy on Feb. 2. She announced on Feb. 11 they had named him Wolf but shared more than a month later that they felt the moniker did not fit him.

“FYI OUR SONS NAME ISN’T WOLF ANYMORE,” she wrote on her Instagram Story at the time. “WE JUST REALLY DIDN’T FEEL LIKE IT WAS HIM.”

The makeup mogul’s announcement came hours after she shared intimate footage from the moments leading up to her son’s birth in the hospital.

“He’s out!” her mom, Kris Jenner, excitedly shouted in the video, as Kylie said, “Hi, buddy!”

The home video, titled “To Our Son,” also captured most of Kylie’s second pregnancy, which she ended up spending mostly in isolation due to Scott’s tragic Astroworld Festival, during which 10 people died in a crowd crush in November 2021.