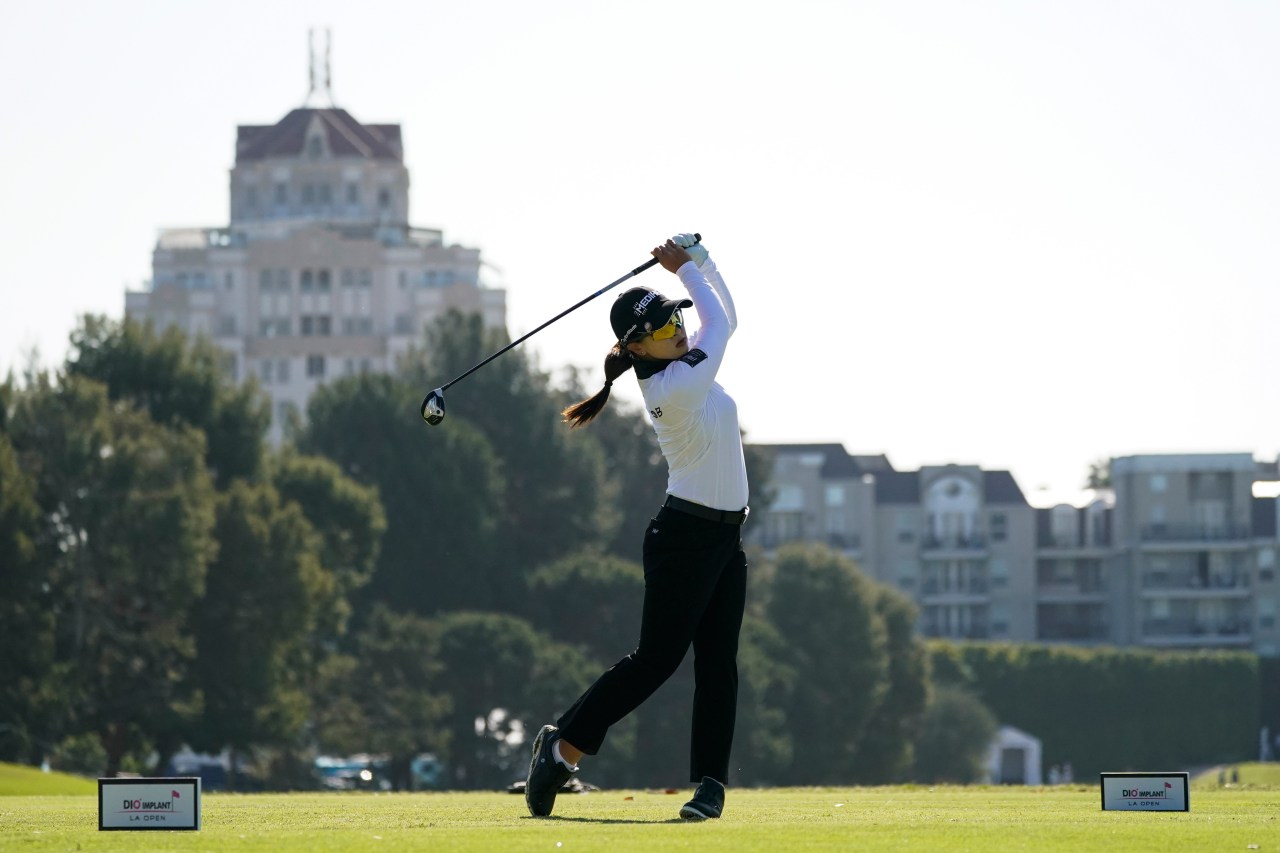 LOS ANGELES (AP) — Nasa Hataoka and Emily Kristine Pedersen shared the lead at 4-under 67 halfway through the first round Thursday in the LPGA Tour’s DIO Implant LA Open.

Pedersen had five birdies and a bogey. The 23-year-old from Denmark is winless on the tour.

“I think you need a bit of confidence going into this course,” Pedersen said. “There are a few tight drives, a bit quirky shots into the greens where you really have to be on the right angle and just commit to the shots.”

Sei Young Kim and So Yeon Ryu were a stroke back with Jennifer Song, Haylee Harford, Janie Jackson and Dewi Weber.

“A little windy on the back nine, so couple holes we took a long iron, just trying to make the par,” Kim said. “It’s not easy. You have to pick right number and then it’s going to be release a lot.”

Top-ranked Jin Young had a 71.

Defending champion Brooke Henderson opened with a 76. She had a triple bogey on the par-3 fourth.

The tournament opens a two-week stay in Los Angeles area, with the Palos Verdes Championship next week.