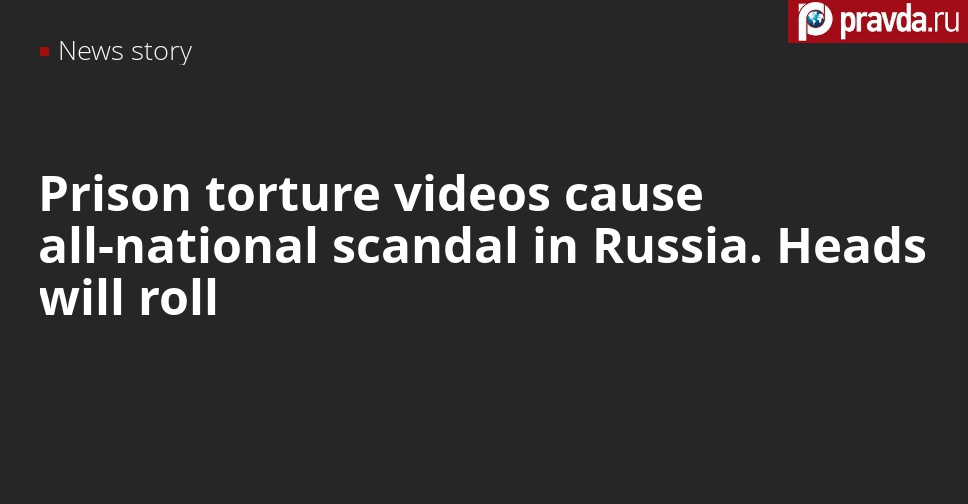 On Tuesday, October 5, human rights activists published a video showing people in uniform committing an act of sexual assault against a man in a hospital ward. The video was allegedly filmed at Regional Tuberculosis Hospital No. 1 of the Saratov Department of the Federal Penitentiary Service (FSIN) of Russia. The victim was said to be one of the prisoners.

After the publication of the video, the Investigative Committee of Russia launched an investigation into circumstances of the incident to assess the actions of employees of the penitentiary  institution.

On October 4, Vladimir Osechkin, the founder of Gulagu.net project, announced that his informant obtained an extensive, 40-gigabyte archive of videos of torture of prisoners. It was said that the videos had been subsequently used to blackmail convicts.

Osechkin published several torture videos. Supposedly, some of them were filmed at Regional Tuberculosis Hospital No. 1 of the Saratov Department of the Federal Penitentiary Service of Russia. The video of a convict being raped in a hospital ward was one of them – the video subsequently caused a national scandal and led to numerous inspections in the Saratov region.

After information about torture in the prison hospital appeared in the media, the Office of the Prosecutor General initiated a major inspection at all colonies of the Saratov region.

In turn, the director of the Federal Penitentiary Service of Russia, Alexander Kalashnikov, sent a group of officers of the head department of the agency to the Saratov region to investigate into the reliability of the published information.

Putin’s official spokesman Dmitry Peskov announced that one needs to establish the authenticity of the materials first before any other decisions could be made.

The Kremlin was informed about the torture videos from Saratov. According to Putin’s press secretary Dmitry Peskov, if the information is confirmed, a serious investigation will follow.

In the evening of October 5, it was said that the chief of the Federal Penitentiary Service for the Saratov Region, Colonel Alexei Fedotov, sent in his resignation. The colonel’s decision is connected with the publication of the torture videos. Fedotov is currently on vacation and will be dismissed from his post when the vacation ends.