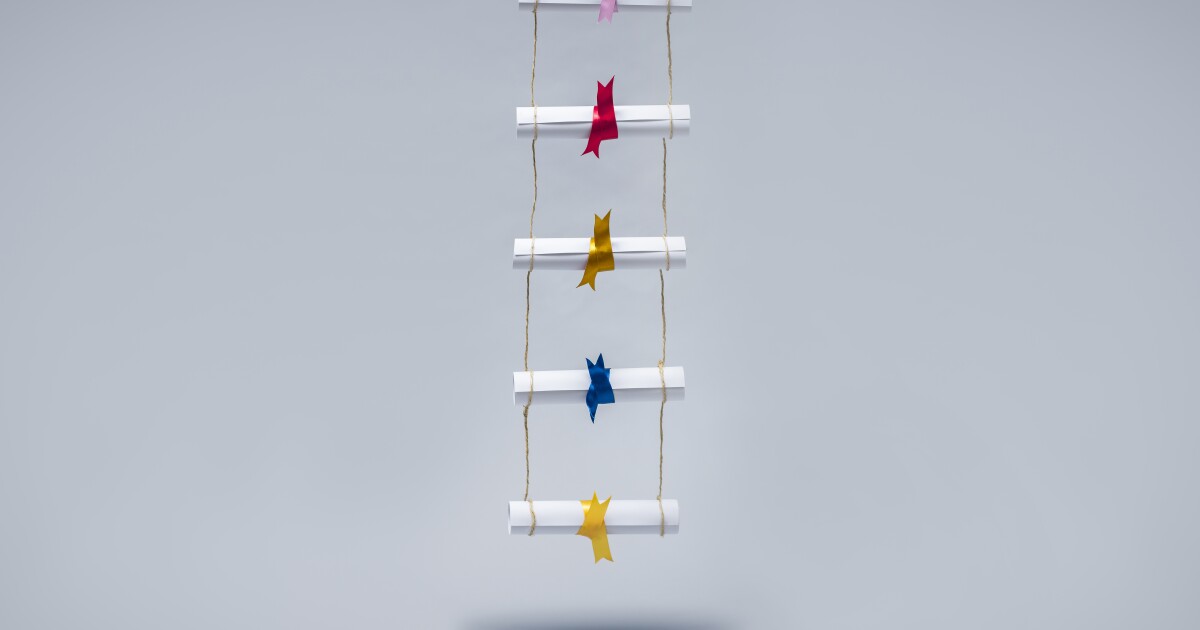 Historically Black colleges and universities are better vehicles for social mobility than are other institutions, according to a new report by the United Negro College Fund’s Frederick D. Patterson Research Institute.

The report, “HBCUs Transforming Generations: Social Mobility Outcomes for HBCU Alumni,” says that the colleges predominantly serve low-income Black students and enable them to move up the socioeconomic ladder upon graduation. The report denounces the preconception that elite institutions are the only pathways for social mobility.

The fund, known as UNCF, used data from Opportunity Insights, a nonprofit research organization at Harvard University, to calculate what the report calls “access rates” and “success rates” for 1,285 public and private nonprofit colleges, 50 of which were HBCUs. The percentage of a college’s students whose annual household income was $46,800 or less (referred to as the bottom 40 percent) was considered its access rate, and the fraction of its students who went on to earn $31,000 or more per year (referred to as the top 60 percent) was considered its success rate. The study multiplied the access rate and the success rate to determine a “mobility rate.”

Researchers then compared HBCUs’ mobility rates with those of institutions nationwide, “Ivy Plus” colleges, and national averages for people who don’t go to college. The scholars found that in terms of social mobility, HBCUs outperform all other institutions.

“If you attend an HBCU, you will be propelled to a different socioeconomic status,” said Nadrea R. Njoku, interim director of the institute.

The researchers say that other mobility measures overlook more-nuanced shifts in income after graduation — particularly when individuals make less than a 40-percent leap. Focusing on success above a certain financial bracket devalues the work of institutions that serve low-income students, they say.

More than 70 percent of HBCU students qualify for Pell Grants, and nearly 40 percent are first-generation college students, according to the report.

The average HBCU enrolls low-income students at more than twice the rate of institutions nationwide, and more than five times that of Ivy League and similarly selective institutions, the researchers found. The social-mobility jumps that HBCU students experience are comparable to that of students at some “Ivy Plus” colleges.

While HBCUs make up just 3 percent of America’s colleges, they educate 14 percent of all Black college students, the report says.

“HBCUs serve as the gateway for secondary experiences for students who come from, not only all income backgrounds, but all educational backgrounds,” said Miriam Hammond, a data analyst at the institute. She wrote the report with colleagues including Brian Gulko, another data analyst there.

They found that, among the institutions analyzed, HBCUs held four spots out of the 10 most accessible nationwide. Mississippi Valley State University, a public HBCU, has an acceptance rate of 65 percent. It sits right below South Texas College, a community college at the top of the list with a 100-percent acceptance rate.

According to Hammond, HBCUs are responsible for pulling up students from all education levels to college readiness, an experience that other reports on colleges may not account for. Students from low-income backgrounds are usually underserved by inequitable elementary- and secondary-school systems, which fail to prepare them for college, Hammond said.

“What HBCUs do, and what distinguishes them from any other institutional type, is that they accept those students without judgment and have put things in place so that those students graduate at the same rate as other students nationwide, through supplying them with wraparound services,” she said.

The First-Year Experience Program at Winston-Salem State University, for example, is designed to help students make the transition from high school to college by assisting them with interpersonal skills, wellness, and career exploration.

LaToya Russell Owens, another author of the report, graduated from Florida A&M. She didn’t originally plan to attend an HBCU. Her family immigrated to the United States from Jamaica, and as a first-generation American she grew up with very little knowledge of what an HBCU was.

As a kid in Charlotte, N.C., she went to predominantly white elementary and middle schools. But many of her high-school teachers had graduated from HBCUs in the state, and her senior class attended an HBCU fair. She began to dream of attending one, drawing inspiration from Black TV shows like A Different World and movies like Drumline.

She was accepted by two predominantly white institutions but chose Florida A&M in part because of the Caribbean-student presence there. Scholarship awards also made her undergraduate experience more affordable.

She felt at ease in a place where “teachers, other students were used to successful Black students” and it “did not feel like a battle.”

After graduating, in 2007, she went on to get two master’s degrees and a doctoral degree, then worked in public relations, focusing on education. She is now a senior program officer for postsecondary success at the Bill & Melinda Gates Foundation.

Russell Owens feels she wouldn’t have had the same opportunity for growth if she’d attended a predominantly white institution.

“Severely underresourced institutions, like HBCUs, are doing a lot of work to take students to the next level,” Russell Owens said. “Even if that next level is lower or middle income.”

Russell Owens hopes the report encourages people to take a more expansive view of how they define college and life success, by considering elements beyond salary in “what good outcomes are for Black students.”