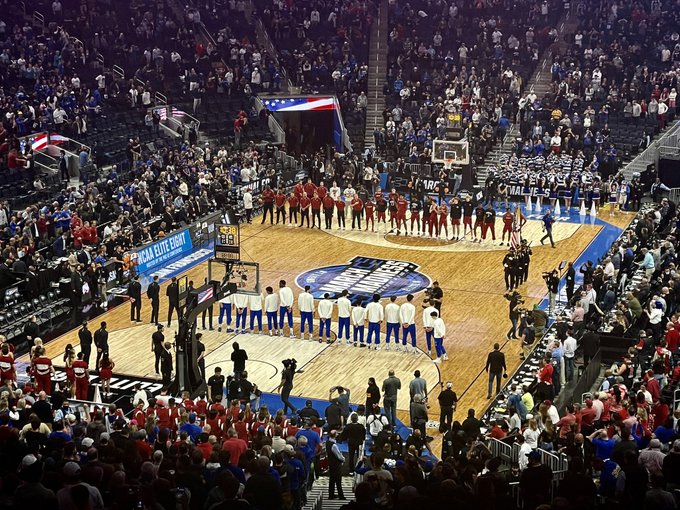 Arkansas falling to Duke in the Elite Eight 78-69.

JD Notae scoring the first points of the game to get Arkansas on the board 2-0. He had 8 at the 11:53 mark, and was shooting with more confidence than in the first three games of the tournament.

At the first timeout of the game, the Hogs had a 9-6 lead over the Blue Devils. All of Duke’s points coming in the paint.

Duke had early success getting penetration to the basket, 18 of their first 22 points coming in the paint.

One of the biggest discrepancies on the stat sheet in the first half was at the free throw line. Duke 9-10 while Arkansas 3-3.

At halftime, the Razorbacks trail Duke 45-33.

Arkansas cut it to a 5 point game with 13:20 left after a Jaylin Williams basket and one.