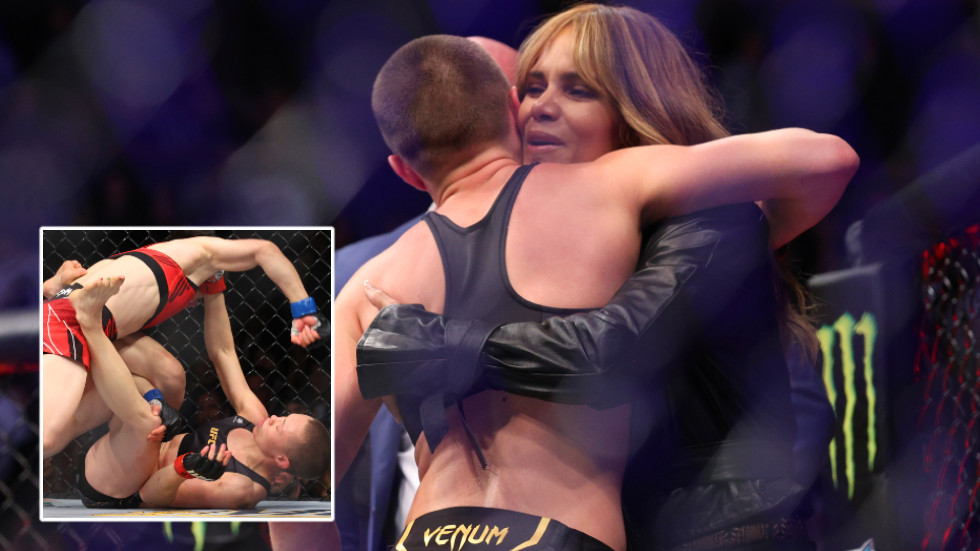 Strawweight champion Rose Namajunas ground out a successful defense of the title she won in April from Zhang Weili at UFC 268, receiving her belt from actress and MMA fan Halle Berry in the octagon after her win.

There would be no repeat of the swift conclusion to the first meeting between the pair, when Namajunas beat Weili courtesy of a first-round head kick at UFC 261 in Jacksonville.

Instead, Weili held Namajunas off with a tactically astute performance that saw her arguably take the first round – if not both of the first two rounds – and finish the third delivering punishment from a mount.

That testified to the quality of the Chinese fighter’s wrestling, although Namajunas spent much of the fourth aggressively pursuing her opponent, perhaps earning the round by peppering Weili with body shots.

A takedown by Namajunas set the tone for the fifth round, which Weili spent with much of her back on the floor as the title holder tried to force an early conclusion.

‘Thug’ was rewarded as she secured a split decision victory to retain the belt in a far more challenging contest than the one she faced in her previous fight with Weili.

“It was different,” she said afterwards, having been handed the belt by Berry, who starred in an MMA-themed film, ‘Bruised’, in 2020.

“I was pretty confident I won it. The first couple of rounds were pretty close and I wasn’t sure what was going on.

“I had a feeling it was going to be a way tougher fight [than the first meeting between the fighters.

“I’m pretty healthy, as of right now, so I could probably get back in there – we’ll see.”

Fair Play to Weili but man, Namajunas is s a championship fighter . She knows how to win. She might had loss the first 3 rounds easily. But she won the 4 and dominated the 5. You can’t take the belt from her.#UFC268

A Weili fan conceded that Namajunas “deserved that win.” “She got more strikes than Zhang,” they added. “Stayed on top longer, too. It hurts. It really does.”

Another viewer said: “Fair Play to Weili but man, Namajunas is a championship fighter.

“She knows how to win. She might have loss the first three rounds easily. But she won the fourth and dominated the fifth. You can’t take the belt from her.”

Weili was magnanimous in defeat. “I’m just so grateful to be able to show my talent and my skill in Madison Square Garden,” she said.

“I’m just so happy that there are so many Chinese fans who have come over to support me.”

Also on rt.com
‘This is a classic’: Fans hail epic scrap as Gaethje returns from Nurmagomedov defeat by edging out bloodied Chandler at UFC 268