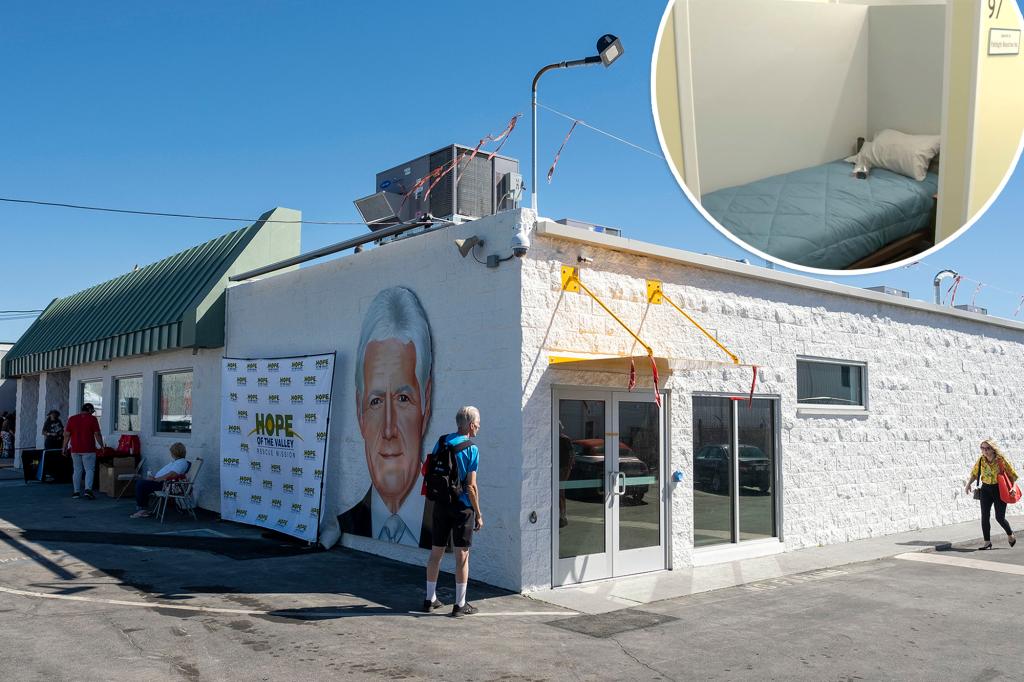 Alex Trebek’s name and legacy live on through a new homeless shelter, The Trebek Center, serving the Los Angeles area.

The facility opened in the area of the former Northridge roller rink, Skateland, on May 12 and his widow, Jean Trebek, was there for the ribbon-cutting ceremony, according to the Los Angeles Daily News.

The beloved “Jeopardy!” host died in November 2020 after a battle with pancreatic cancer.

The shelter contains 107 beds and will provide help for people to find permanent housing, supplying services and outreach.

“We all know that homelessness is complicated,” Jean said. “There is no single pathway to the streets. There’s no single intervention that ends homelessness. But there is a single remedy and it’s called love. Supporting another is loving another and the transformational power of support will surely be known at this site.”

Inhabitants will be allowed to reside at the center until they have received permanent housing accommodations.

Ken Craft, founder of Hope of the Valley Rescue Mission — which runs the new shelter — revealed that the first person to move into the complex will arrive next week.

“This center will be a life-transformation center, a chance for people to get a second chance in life to get renewed dreams, their vision ignited. And to start over,” Craft said.

Much of the mission’s funding came from a $500,000 donation that the Trebek family made in 2021, TMZ reported. They received permission from the Trebeks before the game show host’s passing to use the cash for The Trebek Center.

Los Angeles City Councilmember John Lee noted that by opening the facility, the town is “taking the necessary footsteps to combat what is happening on our city streets.”

Lee said that while it was hard to lose the famed roller rink, which was forced to shut down in March 2020 amid the COVID-19 pandemic, he’s grateful for the shelter.

“Losing something that was so incredibly valuable to us, with so many incredible memories, was not an easy pill for people to swallow,” he said.

Almost a year after Trebek’s death, Jean opened up about her late husband’s life and career.

“Alex was my dear husband and my most beloved friend. Like most long-term relationships, we had our ups and downs, but the truth of it was that we were very close and experienced a lot of life together,” Jean told the Eden Magazine last October.

She continued, “In looking back, the fact that I did not identify Alex as an ‘icon’ was a gift. We were equal partners in a marriage, and we had our own personal growth issues to deal with just like any ordinary couple.”