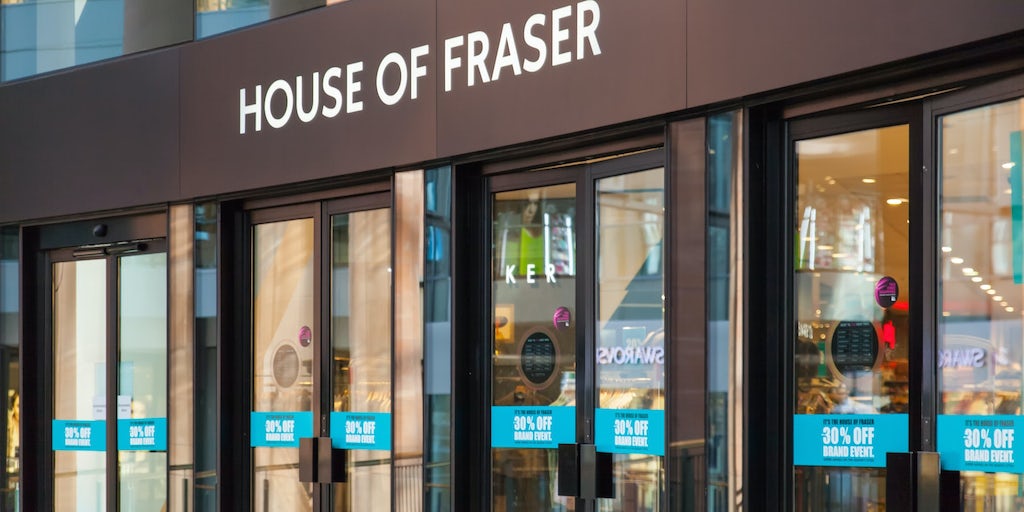 House of Fraser will close its Oxford Street store in January 2022. Shutterstock.

Parent company Frasers Group — formerly known as Sports Direct — announced on Thursday that the department store had been served notice by its landlord who has received planning permission to redevelop the site.

The store will close permanently in January 2022, the company said.

The site’s landlord plans to transform the Oxford Street site into a multipurpose property, comprising offices, retail and recreational spaces.

House of Fraser was acquired by Mike Ashley’s Sports Direct in 2018 for £90 million ($115 million), a day after going into administration.

The British department store is the third major retail site to cease trading on London’s most popular shopping street this year, following the closures of Debenhams and Topshop.

The British luxury bag maker swung to an annual loss as it took a £3 million ($3.77 million) hit from the collapse of department store group House of Fraser.