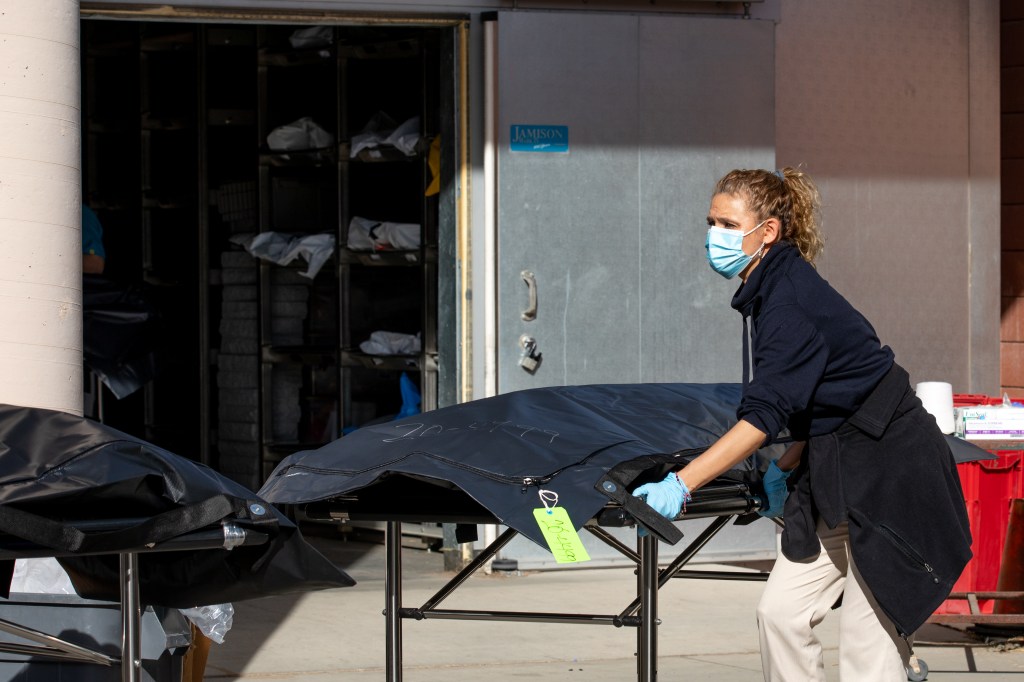 New York breaks away from the pack early. Its northeastern neighbors almost catch up. Then Arizona races to the top of a grim list that Americans are reflecting on this month as the United States is poised to reach 1 million COVID-19 deaths.

In this animation, follow along as death rates for the country’s 15 largest states rise and fall over the course of the pandemic.

After the initial wave of the virus pummels a defenseless New York in spring 2020, states with fewer restrictions and lower vaccination rates eventually pull ahead. California — with its early statewide shutdown, aggressive mandates and embrace of vaccines — steadily rides along near the bottom of the pack before eventually finishing just ahead of Washington, the state with the lowest death rate in the group.

To read more about how many Americans would still be alive if the country had the Bay Area’s low death rate, click here.