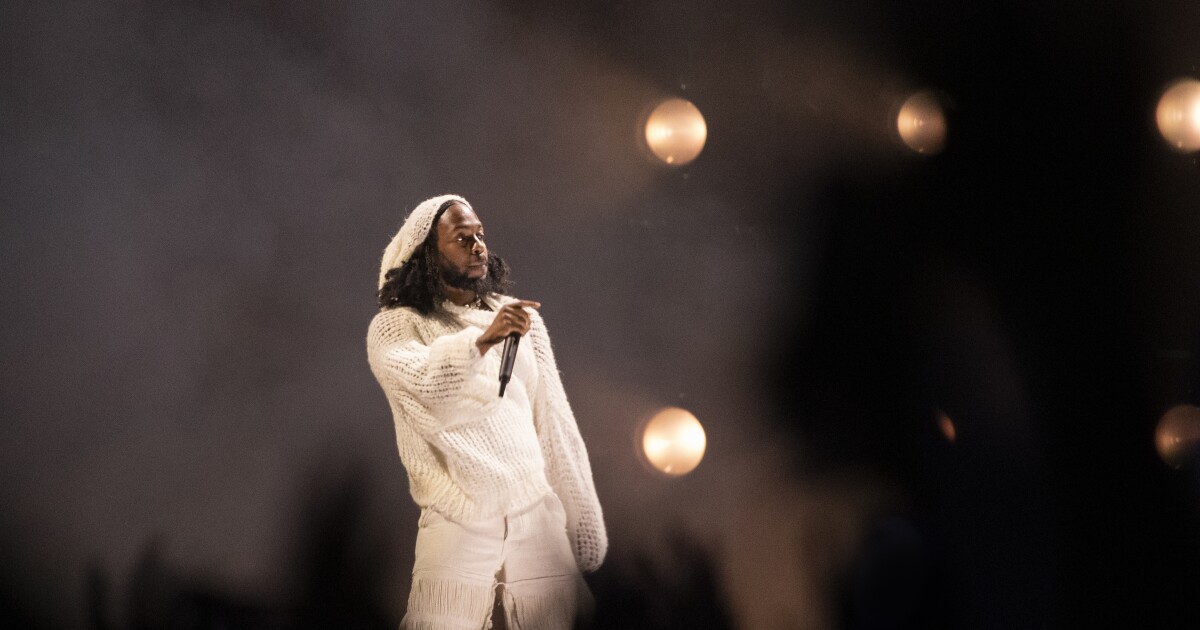 Kendrick Lamar will be taking his just-released and long-awaited fifth studio album, “Mr. Morale & the Big Steppers,” on tour, including several stops in his native California.

The 14-time Grammy winner announced the sprawling, global arena tour on Friday, which will extend from North America to Europe, Australia and New Zealand. The 65-date Mr. Morale & the Big Steppers Tour kicks off at the Paycom Center in Oklahoma City on July 19 and wraps at the Spark Arena in Auckland, New Zealand, on Dec. 16.

“Come help Mr. Morale get out of the box,” reads the tour’s tagline.

The Compton-bred artist will be joined by his cousin and “Family Ties” rapper Baby Keem at all the shows, while Tanna Leone, who is also featured on “Mr. Morale,” will be joining Lamar on select dates, according to promoter Live Nation.

Lamar has scheduled several shows in California in late August and early September. The “Humble” and “All the Stars” emcee will play the Golden 1 Center in Sacramento on Aug. 30, the Oakland Arena in Oakland on Aug. 31, Viejas Arena in San Diego on Sept. 6, the Honda Center in Anaheim on Sept. 7 and the Crypto.com Arena in downtown L.A. on Sept. 14 and 15.

The 34-year-old artist’s new double LP was released late Thursday on the West Coast and is his first record after winning a Pulitzer Prize for 2017’s “Damn.” The 18-song album — split in two halves — includes the single “The Heart Part 5.”

While Lamar has given a number of notable live performances over the past few years — high among them a star-studded Super Bowl Halftime Show earlier this year — he last hit the road on the Damn Tour, which ran from 2017 to 2018.

Tickets for his new tour go on sale to the general public May 20 on Lamar’s website, Oklama. The first tickets for the U.S. shows will be made available to Cash App customers through an exclusive ticket presale that begins May 19 for new and existing Cash App Cash Card holders.