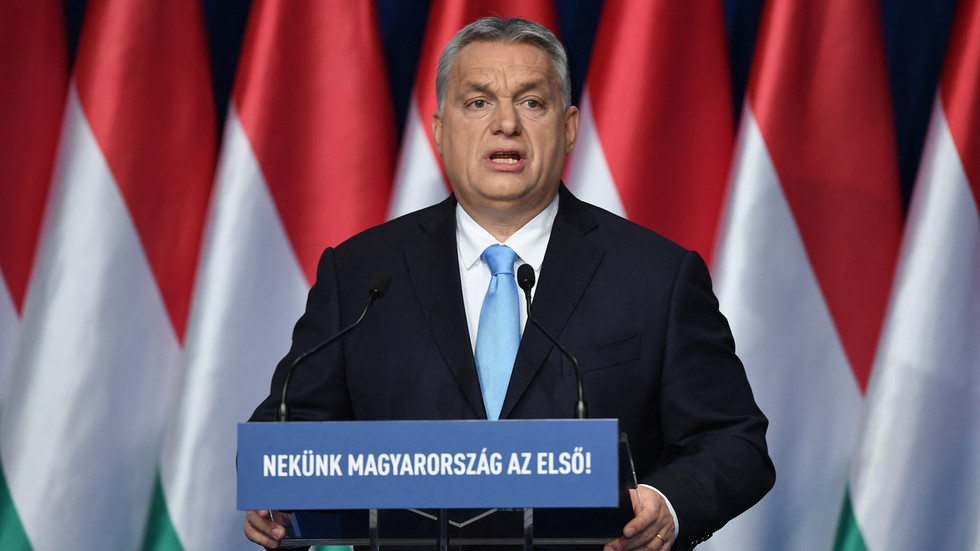 Viktor Orban says his country’s on its own side, after Kiev urges Budapest to choose who it supports in the Ukrainian conflict

“Hungary is on Hungary’s side,” its prime minister, Viktor Orban, said in a statement on Saturday, in response to Ukrainian President Volodymyr Zelensky’s calls for Budapest to quit sitting on the fence in the conflict between Kiev and Moscow.

Orban said that, while his country could not “be indifferent” to the “Russo-Ukrainian war going on in our neighborhood,” Hungary would look after its own interests first, and maintain a “Hungarian point of view.” He went on to stress that Budapest “want[ed] to stay out of this war,” but that this did not preclude it from helping “those in need.”

The statement came in response to Zelensky having urged Orban to choose a side in the conflict. Speaking to EU leaders via video link on Friday, the Ukrainian president thanked the Baltic states, Poland, France, and Germany for their support, but noted that Hungary was still declining to take a stand. He called on Budapest to “decide for yourself who you are with.” Addressing Orban directly, Zelensky asked him if he knew “what’s going on in Mariupol,” referring to the besieged southern port city, which has seen heavy fighting in recent days.


Zelensky reiterated his request that his country’s application to join the EU be swiftly considered, and once again appealed to Hungary in particular not to block the bid.

Unlike the other EU member states bordering Ukraine, Hungary has so far refused to either send weapons to Kiev or let other countries move such shipments through its territory.

Orban has argued that, as around 85% of its gas and over 60% of its oil is imported from Russia, it would not be in Budapest’s best interest to rile Moscow.

In his latest statement, however, the Hungarian prime minister emphasized that “it must be made clear to the Russians that it is not worth pursuing this war,” warning at the same time that Europe should avoid hurting itself “more than the Russians.” He also called on Brussels to provide Hungary with more funding to deal with the influx of Ukrainian refugees.