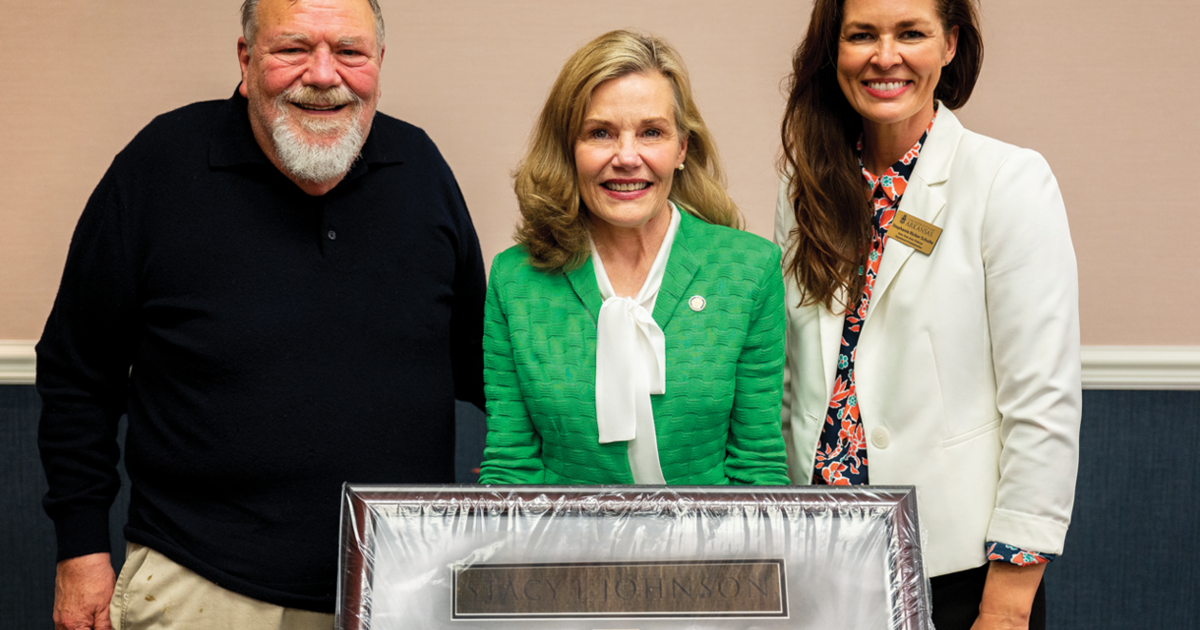 Hurst graduated from the University of Arkansas with a Bachelor of Arts degree in communication in 1985 and has amassed a distinguished career in the nonprofit and private sectors, as well as in local and state government. She was appointed by Gov. Asa Hutchinson in 2015 to lead Arkansas Heritage and was named as the cabinet secretary for the Arkansas Department of Parks, Heritage and Tourism following the creation of ADPHT as part of the Transformation and Efficiencies Act of 2019.

“Secretary Hurst has been an integral part of my time as governor, serving as a leader and chief promoter of Arkansas heritage and our tourism industry,” Gov. Asa Hutchinson said. “She has been an outstanding member of the Arkansas community and has dedicated so much of her life to serving others. She’s truly deserving of receiving the Outstanding Alumni Award.”

Hurst was honored during a ceremony at the Graduate Hotel in Fayetteville on April 21 that was attended by the university’s Department of Communication faculty, administrators and students, as well as fellow alumni.

“To be recognized by an institution that holds such a special place in my heart, is both humbling and gratifying,” Hurst said. “I am immensely proud of the foundation for my career that was laid during my time at the University of Arkansas. It is my great honor to work in public service on behalf of this great state of ours.”