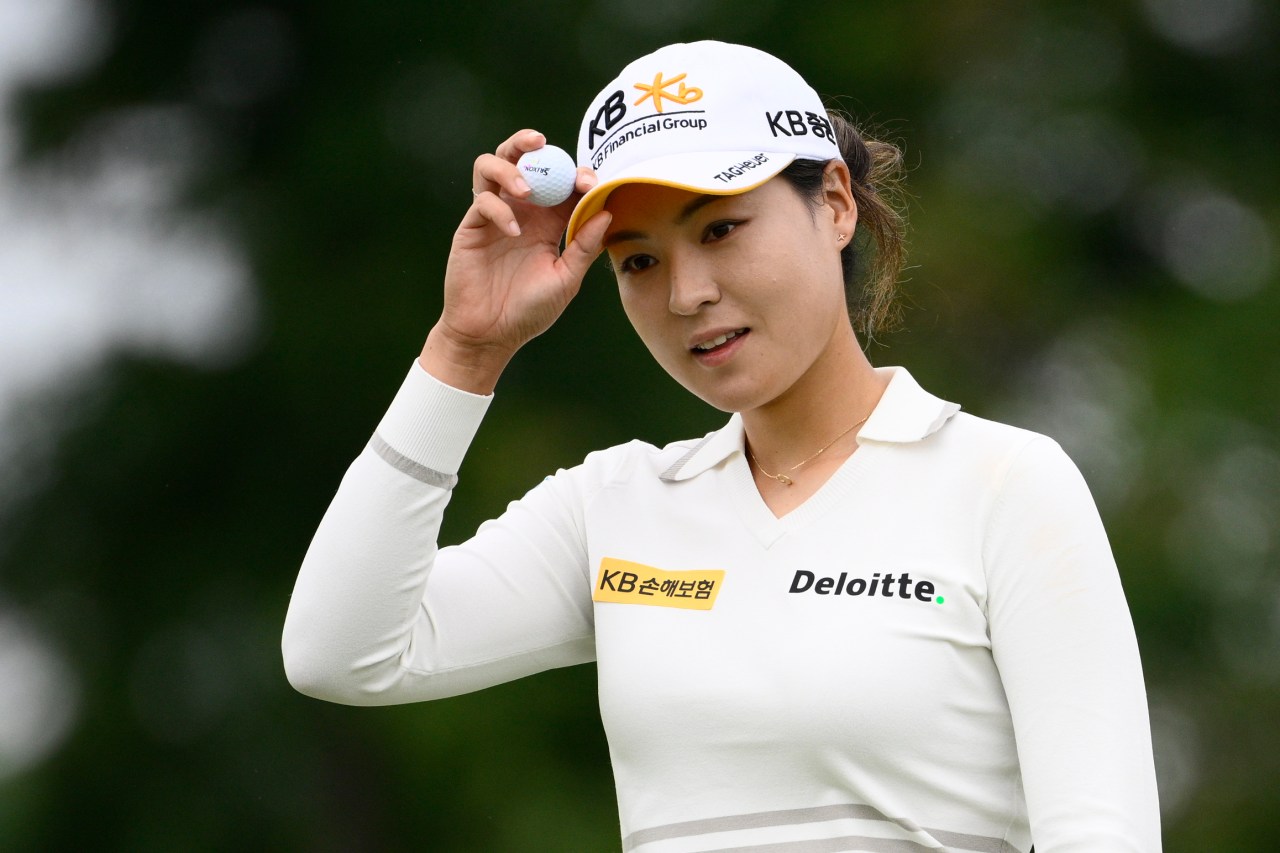 BETHESDA, Md. (AP) — In Gee Chun breezed to an 8-under 64 on Thursday to jump out to a big early lead in the first round Women’s PGA Championship.

While most of the field slogged through the day on the wet Blue Course at Congressional, Chun birdied seven of eight holes during one stretch. She was seven shots better than anyone else who started in the morning, making her a threat to break the record for the largest 18-hole lead in a women’s major — set by Mickey Wright, who led this tournament by five shots after 18 in 1961.

“I don’t know what golf course In Gee is playing,” defending champion Nelly Korda said after finishing her round of 71.

Chun was playing the same course as everyone else — one that went through a full restoration last year. There was heavy rain in the area overnight and more precipitation during play Thursday morning. That softened the course but also made Congressional’s length — 6,809 yards for this first round — more of a factor.

No big deal for Chun, a two-time major winner.

“The course, after a lot of rain, feels longer,” the 27-year-old South Korean said. “At the same time, greens were softer. So I think it was just a balance.”

Although there was plenty of golf left to play, Chun’s early seven-shot lead certainly turned heads.

“I can’t stop staring at the leaderboard,” Justin Thomas tweeted. “Leading by 7 halfway thru day 1!!!!”

Hye-Jin Choi was 3 under through 11 holes in the afternoon, one of several players who threatened to shrink Chun’s lead — but not by much.

Chun set a major championship record — male or female — when she won the Evian Championship in 2016 at 21 under. She also won the U.S. Women’s Open the previous year.

Korda was part of a group at 1 under, along with playing partner Brooke Henderson. One example of how challenging the course was: Korda hit driver, hybrid and 7-wood while making par on the 587-yard ninth hole.

“That’s the longest par 5 I’ve ever played,” she said. “I was happy to play the front nine even.”

Chun hit all 14 fairways and said she passed the time by discussing non-golf topics with caddie Dean Herden.

“We talk about the kiwis because I love to eat kiwis on the course,” she said. “It’s really tough to find a good kiwi from the supermarket. Luckily, we have a good Korean supermarket near here, so I got a good gold kiwi from there.”

If Chun keeps playing like this, she might find it easy to relax on the course, but she’ll have a talented group of challengers chasing her. Jennifer Kupcho, who won her first major at the Chevron Championship earlier this year, was 1 under. Pornanong Phatium aced the second hole and was 2 under through eight.

All those players could feel pretty close to the lead — if not for Chun.

“I feel like I played really well. The course is really hard,” Kupcho said. “I don’t really know how In Gee is 8 under right now. That’s definitely an outlier.”