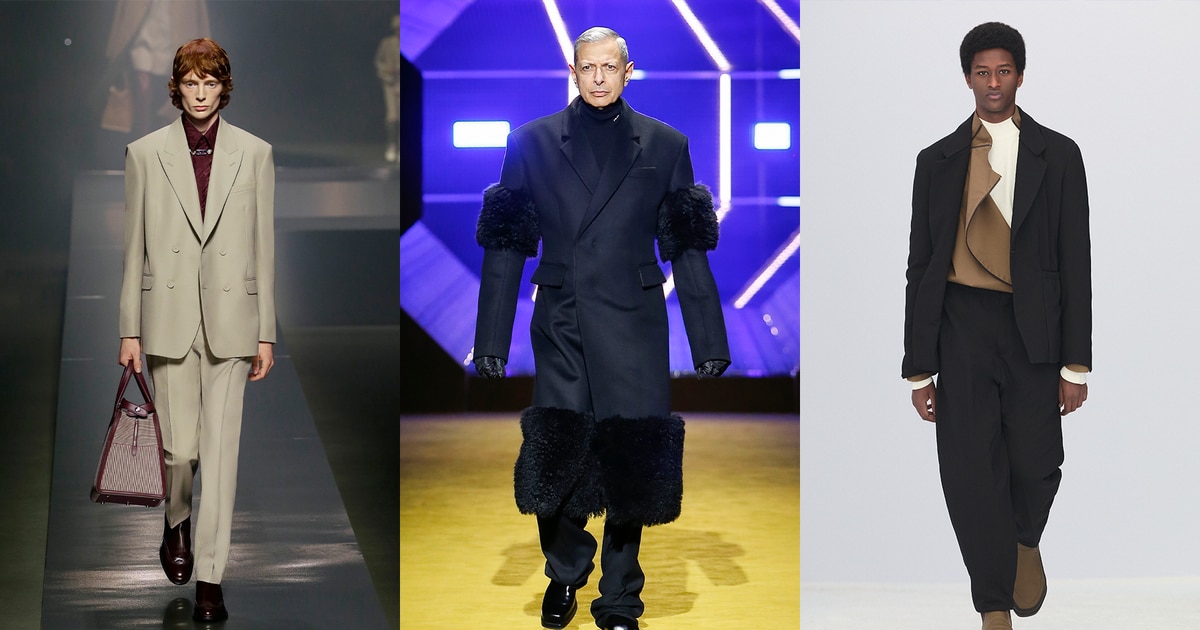 MILAN — It was something of a sign that Nino Cerruti, the inventor of softly tailored informal formality for both men and women (Coco Chanel was a fan) and a gentleman whose personal style was an ode to knowing nonchalance, passed away during the brief Milan men’s fashion week that closed on Monday. Cerruti’s witty and subtle playfulness, his approach to the art of dressing, and his way with tailoring meant as something for the everyday resonate with the shifting panorama of contemporary menswear. Il signor Nino was classic on his own terms.

As everybody surges out of the pandemic mindset and its associated work-from-home sartorial laziness, the word classic seems to have regained, suddenly, a reassuring importance, and with that tailoring and everything that revolves around proper dressing. Dressing as a ceremony to be precise, which requires awareness of what one wants to say through one’s choice of clothing, and the desire to go out and perform it. Of course, it’s classicism of a slightly different kind from the past: not stiff, and definitely not for poseurs; rather, young and fresh looking, because we have all had enough of streetwear, sportswear and every other fantasy of youth for the not so young.

There was plenty of that in Milan, from the club-culture sea of black of 44 Label Group, the new line by DJ Max Kobosil and Claudio Antonioni’s Dreamers Factory to MSGM’s energetic brightness. But it all felt out of sync with the prevailing fashion winds.

Classicism is much more mind-expanding at the moment. It certainly has a wide span of expressions, ranging from the proudly masculine to the delicately femme, from the grown up to the deliberately infantilised. The two brands that embraced this sense of classicism, and with that tailoring and uniform dressing, and scored were Fendi and Prada. Silvia Venturini Fendi and the duo of Miuccia Prada and Raf Simons approached the matter from opposite ends of the spectrum, though shared an identical will to push sartorial matters into the future, erasing categorical imperatives and staid codifications. Venturini looked back at the roaring twentieth-century twenties to imagine the twenty-first century twenties as a playground for evolved dandy-ism. The Fendi dandies, kitted out with Ledger digital wallets to store crypto-currencies and NFTs, fished grandpa’s closet for double-breasted blazers, tailcoats and camel coats, grandma’s drawers for strings of pearls and knee-high lace socks, and also kindergarten memories for Mary Janes. But nothing looked the same. Blazers looked like a cape, pants like a skirt and coats bared shoulders, while watches were strapped on shoes. Venturini called her creations “future relics” and indeed they looked fascinating. There was a whiff of Alessandro Michele’s fey masculinity, but Venturini’s originality was in her lack of nostalgia and the speedy concision of her message.

Meanwhile, Miuccia Prada and Raf Simons entitled their collection “Body of Work” and focuses on dressing as uniform linked to role and work: any type of work, as long as clothes give importance to the person. They drew a utopian-dystopian alpha male figure who raided the catwalk from a neon tube, and had him interpreted by a cast of models and actors of all ages. Kyle MacLachlan and Jeff Goldblum opened and closed, respectively, clad in nomenklatura overcoats, their steps made heavy by squared boots. The mix of tropes — with boiler suits under tailored jackets, and the sciura tufty mohair details on blazers and coats — was classic Prada, seen through Raf Simons’ angular prism. On the subject of power and formality, Mrs Prada delivered a memorable show in 2012. This season the take on the matter was piercing, but at times a bit forced and way too close to what Demna is doing at Balenciaga (albeit with Prada’s unmistakable self possessed-ness). This was the only weak point. Prada’s raison d’etre, so far, has always been going against the grain. Now, it is following the mainstream.

New classicism took a progressive turn at Zegna, where Alessandro Sartori proved again a quiet fashion force. The designer’s forte is not pompous declarations, but the effective technicality of clothes making. By making tailoring light, volumes loose and layering strong, Sartori worked up a new, up-to-date kind of suit: one that features a matching windbreaker under the blazer, offering new utility while erasing stiffness.

Also on a progressive-classic trail were Walter Chiapponi, whose take on Italian lifestyle at Tod’s proved bold in its subtleness, and Norbert Stumpfl, who showed remarkable refinement and balance in his outing for Brioni, softening the bold masculinity of the house into something contemporary and younger is spirit.

There was something fresh and focused at Etro: monochromatic silhouettes, graphic prints, loose volumes and geometry in place of bohemia made for a welcome renewal of a recipe that had become quite staid. Etro’s trademark haphazardness was there, but it was tightly edited, much in a Loewe kind of way, and the results were energetic and young.

Deliberate haphazardness was the vibe at DSquared2, in a layering of hiking pieces, ropes, outerwear and rucksacks that created a jolly Ryanair kind of look: you know, when hand luggage needs to be light and you end up piling everything all over yourself. The kind of youth that Matthew Williams favours at Alyx is more menacing and urban. There was protective outerwear, massive footwear and odd touches like shine and feathers. The recipe worked, even though it felt a bit forced.

Elsewhere, Milan Fashion Week took an exciting turn thanks in large part to a cohort of newcomers and established designers who showed in town for the first time. Ardusse, the brainchild of Gaetano Colucci, a name to watch, offered a clever mix of romanticism, properness and acerbic sensuality. Another young designer who works around the edges of romance is Federico Cina, whose grungy take on balera culture felt fresh and poignant. Relatively young but authoritative in his expression, Luchino Magliano has turned the Magliano label into a hotbed for twisted masculinity: one in which macho stereotypes are turned this way and that, and age doesn’t really matter.

The mix of fragility, aggression and glitz brought a kind of British broken glamour to the Jordanluca collection, part walk of shame, part morning glory. But it was at JW Anderson where revelry finally exploded, albeit in video format (the designer opted to forgo a Milan show due to pandemic concerns). It was a feast of silliness and ambiguity, of metallic sparkle and ASMR sounds, for parties that never were and parties that will be.