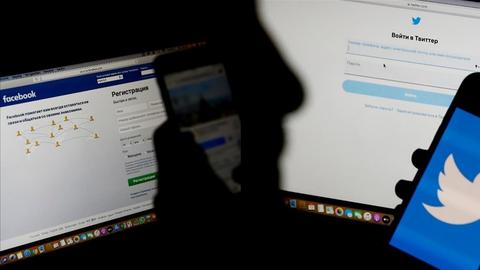 For the fourth year in a row, the largest number of internet shutdown incidents were documented in Indian-administered Jammu and Kashmir and around the Farmers’ Protests, followed by Myanmar.

Internet shutdowns made a comeback in 2021, with India responsible for more than half of them, a new report has found.

Published by digital rights group Access Now, the report found that after a year of relative respite in 2020, when it tracked 159 shutdowns worldwide, authorities worldwide disrupted the internet 182 times in the following year. India was responsible for 106 of the documented incidents. According to the data, 34 countries imposed internet shutdowns last year.

The report says most of the shutdowns were imposed to silence critical voices or control the flow of information during elections and in active conflict areas.

The second biggest offender after India was Myanmar, which imposed 15 shutdowns, followed by Sudan and Iran with five shutdowns each.

Seven countries that had never shut down the internet before joined the trend of cracking down on the internet during key political events. These were Burkina Faso, Niger, Palestine, Senegal, South Sudan, Eswatini (formerly Swaziland), and Zambia.

“What could have been a story about the global decline of internet shutdowns after the pandemic instead reveals a return to the rights-harming tactics of the pre-pandemic period. And these tactics are spreading,” wrote the report’s authors. They argued that it constitutes “yet another warning sign of the rise of digital authoritarianism across the globe.”

The biggest offenders are in the Asia-Pacific region

The report documented at least 85 internet shutdowns in Indian-administered Jammu and Kashmir in 2021, mostly as part of “counterterrorism measures” by the central government. India also shut down the internet in response to the Farmers’ Protests, a mass movement against controversial agricultural reforms the government had introduced the previous year.

“An internet shutdown is not a solution — it is a disproportionate, collective punishment that violates human rights and is unacceptable in a 21st-century society,” Raman Jit Singh Chima, Asia Pacific Policy Director at Access Now, said in a statement.

In Myanmar, the military junta shut down the internet at least 15 times throughout the year, with the longest nationwide shutdown lasting 2.5 months. After the military takeover in February 2021, internet shutdowns were used to block the reporting of air strikes in rebel areas, the burning of civilian homes, and extrajudicial killings and arrests.

The longest internet shutdown has been taking place for four years (2026 days) in Pakistan’s Federally Administered Tribal Area (FATA). The government restricted full mobile networks following its conflict at the border with Afghanistan, only restoring access in December 2021.

Another case of a prolonged internet blackout is in the Tigray region of Ethiopia, where the ongoing shutdown began in November 2020. As the conflict spilt over to its neighbouring regions of Afar and Amhara, the shutdown affected those areas as well.

The only country to shut down access to communication platforms in Europe in 2021 was Russia, with censorship tactics have been progressively escalating, the report says.

These include, for instance, so-called “throttling,” an intentional slowdown of internet speed which the Russian government imposed on Twitter after it refused to take down content flagged by the authorities. The authorities have also blocked VPNs and filed lawsuits against tech companies such as Apple and Meta. After the war with Ukraine began, Russia toughened its laws to crackdown on dissent, criminalising what the government calls “fake news.”

“Internet shutdowns and the rise of authoritarianism go hand-in-hand,” said Marianne Diaz Hernandez, a fellow at the organisation’s #KeepItOn campaign. “In 2021, governments across the globe proved how powerful blackouts can be as all-in-one tools to assert control over populations.”