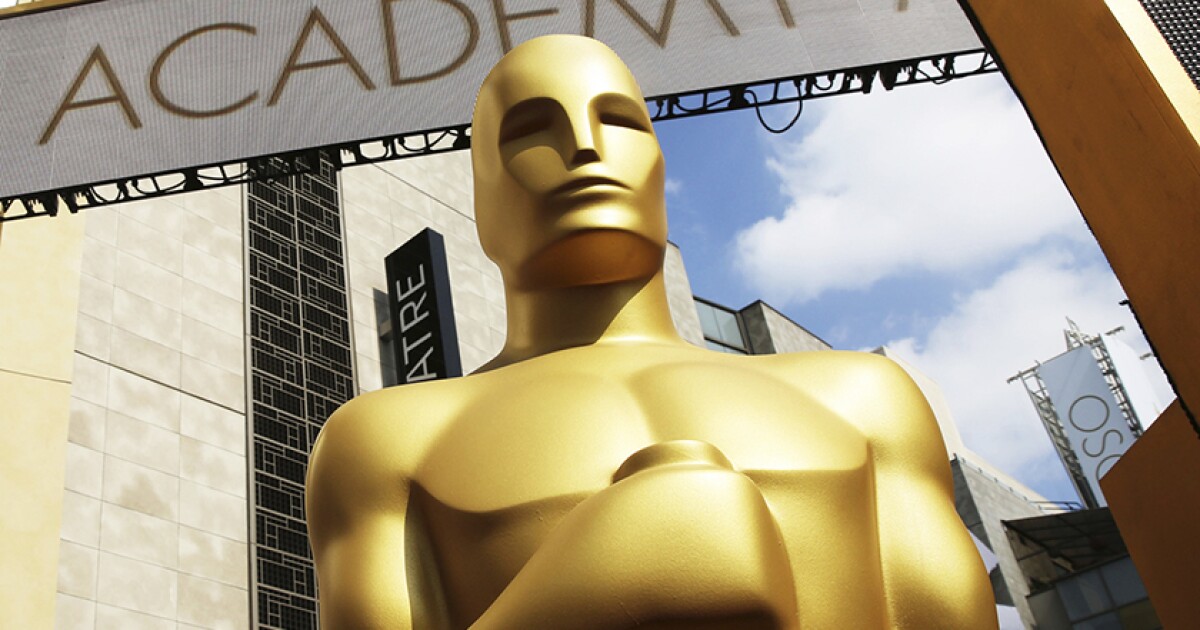 You may have heard: Not all of the Oscar winners will be accepting their awards on live TV this year.

In a dramatic break from decades of Oscar tradition, eight awards are being presented in the hour before the telecast begins at 5 p.m. on ABC. These awards — in the craft categories of film editing, makeup and hairstyling, production design, original score, and sound, as well as the three short-film categories — will be presented exclusively inside the Dolby Theatre in Hollywood.

“Dune” co-stars Josh Brolin and Jason Momoa are emceeing the hour and handling the presentations. The winners are being announced on social media as they are revealed in the theater, and then clips of acceptance speeches will be edited into the official Oscar broadcast.

The decision has caused significant controversy in the movie business. Prominent nominees including Steven Spielberg, Jane Campion, Denis Villeneuve and Guillermo del Toro have denounced the plan, and many believe the decision makes the affected categories look like second (or third? fourth?) tier races.

Ahead of the ceremony, Oscars telecast producer Will Packer promised, “I want these [nominees] to be able to give their speeches and have their moment on that stage in front of their peers … in terms of the actual show, and treating those categories with the respect and putting them in the right position, all that’s going to happen.”

Ahead of the preshow, stars began arriving on the carpet, including directors Jane Campion, Stephen Spielberg and Paul Thomas Anderson (of “Licorice Pizza”); Zendaya, of “Dune”; Kodi Smit-McPhee, nominated for a supporting actor for his role in “Power of the Dog”; Ariana DeBose, up for the supporting actress honor for her turn in “West Side Story”; Bradley Cooper, who had roles in the Oscar-nominated films “Nightmare Alley” and “Licorice Pizza”; Rami Malek, of the latest “James Bond” installment “No Time to Die”; Andrew Garfield, a best actor nominee for his role in “Tick, Tick … BOOM!”; Nicole Kidman, a best actress hopeful for her role as Lucille Ball in “Being the Ricardos”; and Jessica Chastain, also nominated for best actress for her role in “The Eyes of Tammy Faye.” Earlier this month, Chastain said in an interview that she would “absolutely be present when the makeup category is being called, and if that means I’m not doing press on the red carpet or ABC or whatever it is, then so be it.”

Around 3:40 p.m., the red carpet frenzy begins slowing down. Nominees and guests stop near the top of the stairs leading into the Dolby Theatre for a break before going inside. While the venue has been decked out with ample hand sanitizer stations reading “be kind, stay safe,” hardly anyone inside is wearing a mask. With guests standing close to one another and servers darting back and forth, empty wine glasses in tow, the mood feels almost pre-pandemic. Minutes before the preshow, the bar temporarily closes and guests begin rushing to their seats. Anthony Hopkins, Javier Bardem, Penelope Cruz, Ava DuVernay, and Queen Latifah are among the stars spotted arriving on the red carpet after the preshow begins.

Right at 4 p.m., the Dolby goes quiet as the lights dim. After a 30-second countdown, the preshow ceremony kicks off. Hosts Brolin and Momoa take the stage. Momoa says he’ll be “addressing the elephant in the room” given the unusual year, then goes on to joke about how the Academy didn’t ask Billy Crystal to host but rather Aqua Man.

The first award is given to “Dune,” which wins the Oscar for achievement in sound and elicits big cheers from the crowd.

The ceremony briskly moves onto the best Short Subject Documentary category, a prize taken home by “The Queen of Basketball.”

Next up the honor for Best animated Short Film goes to Alberto Mielgo and Leo Sanchez, for their film “The Windshield Wiper.”

Thus far, no one has directly referenced the fact that these awards are untelevised. Neither the hosts nor the honorees are partaking in jokes or witty banter; it’s moving along at a rapid clip.

Fifth up is Hans Zimmer, who wins for best original score for “Dune.” Zimmer isn’t present to accept the award, so Momoa accepts the award on his behalf and moves on to the Best Film Editing honor. It goes to Joe Walker, for his work on “Dune.” “The words ‘Oscar nominated ‘can be used in the hands of a skilled 17-year-old, as an insult,” says Walker, who in his acceptance speech references his kids and scores the first real laugh of the night.

We’ll be offering insider insights and observations throughout the night from Times reporters inside the show and in the Oscars press room. Keep checking back as we update this story.