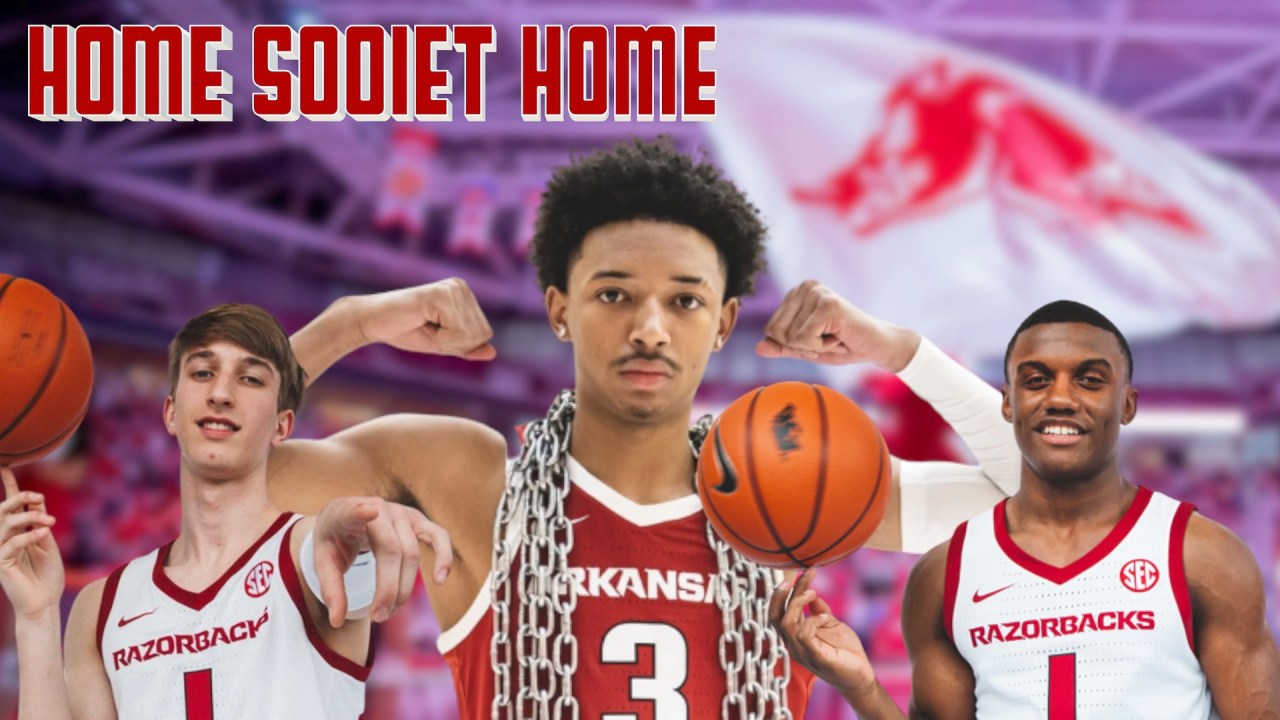 LITTLE ROCK, Ark. — They say there’s no place like home, and the hype behind Arkansas Razorbacks basketball is unlike any time in history, with the program bringing in its most touted signing class ever.

Ranked second nationally, the recruits include a trifecta of 5-star prospects and trio of 4-star recruits, and hitting the Hill from inside state lines are Nick Smith of North Little Rock, Derrian Ford of Magnolia and Joseph Pinion of Morrilton.

“We have a lot of high-level guys coming in,” Smith said. “What Coach Muss has for us instore, it’s going to be unbelievable.”

“Home. That’s one big thing that I’m really big on, home and family,” Ford added. “I’m happy to be a part of this legacy of a lot of Arkansas greats.”

“Everyone can make an impact from the beginning as soon as they step foot on campus,” Pinion said. “You don’t really see that much anywhere else.”

The three homegrown Hogs of the class boast a long list of accomplishments.

Smith is considered the top prospect in the nation, capping off his high school career as a McDonald’s All-American, a 6A state finals MVP, and the highest-rated Razorbacks signee ever.

Ford is the back-to-back Arkansas Gatorade player of the year, a three-time 4A state champion, and has lost just one game at Magnolia since his sophomore season.

Pinion became the first pledge of the class in the fall of 2020, the long-time commit going on to be a state runner-up.

Deciding to stay home, the prep stars said they are teaming up and sharing one ultimate goal.

“All three of us want the same thing, and that’s to win a national championship,” Ford said. “The rest will be history.”

“It’s really exciting to be on a team that can win a championship,” Pinion said. “It’s honestly a blessing.”

ESPN has Arkansas pegged as their “way-too-early” favorite to win it all thanks to their six newcomers from the recruiting trail. The six incoming signees – including Anthony Black of Texas, Jordan Walsh out of Missouri and Barry Dunning from Georgia – will look to fill the void of numerous outgoing players from last season’s Razorbacks.

Fans hope the Hogs will make their deepest run in decades and bring home a title for the first time since 1994. These incoming freshmen consider the challenge ahead an uphill battle that they’re ready to take on.

“In a winner’s perspective, nothing has changed,” Smith said. “We have high expectations from fans but we’ll still be 18, 19 years old trying to figure out how to play against 23, 24-year-old guys. We have to come in, work, and compete… Coach Muss will have a lot to do with that.”

“We know we have a lot of great players coming in but anybody can be beat,” Ford said. “I think we’ll come in prepared and know we have a target on our back, but we want to be hunting people also.”

As born and raised Arkansans, the three in-state signees grew up surrounded by Razorback fandom. Now they’ll be supported by that same avid fanbase, as the state hopes a historic group of freshmen can help the Hogs reach new heights.

“This team, I’ve been watching them since I was a kid,” Ford said. “Now l’m actually going to be on TV in one of those jerseys when I used to be on the couch watching other people play in those jerseys.”

“I feel very welcomed by the whole community,” Pinion said. “I’m ready for the next chapter and I’m excited to see where it goes. I can bring anything to the table.”

“I feel like we’ll have a great chance to win a national championship,” Ford confidently puts. “I’m going to do everything I can in my ability to make that happen.”