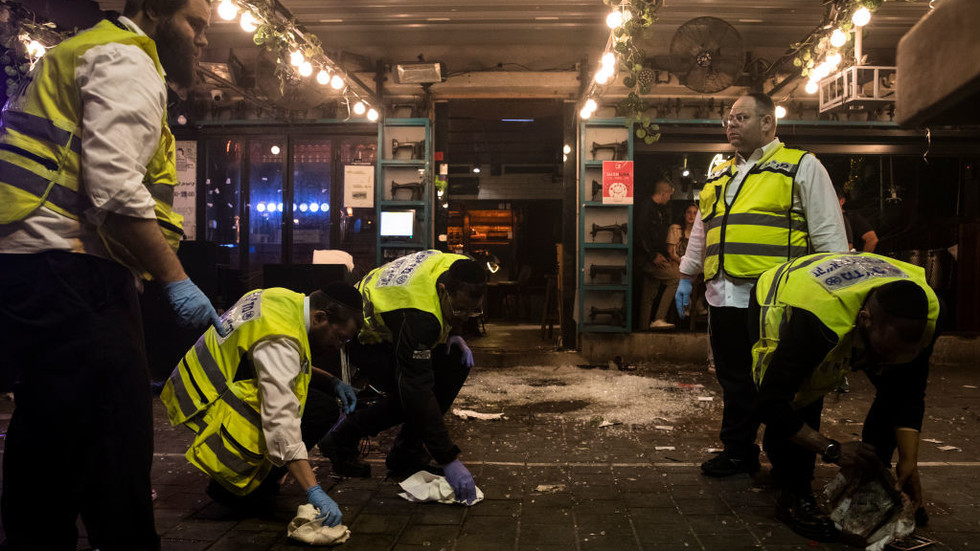 Celebration of Israeli’s Independence Day has been marred by a suspected terrorist attack at a park in Elad that left at least three people dead and six injured, ratcheting up tensions following a series of deadly incidents in recent weeks.

Two suspected assailants were reportedly involved in Thursday’s attack. Although one suspect was allegedly armed with a gun, all of the victims were slashed with an ax or a knife. At least two victims were in critical condition at a nearby hospital, and Israel’s United Hatzalah emergency medical service said others were being treated for shock at the scene.

Israel’s government declared the incident to be a “deadly terror attack.” Foreign Minister Yair Lapid said, “The joy of Independence Day was cut short in an instant. A murderous attack in Elad shocks the heart and soul.” He added that Israel “will not succumb to terrorism” and vowed that security forces will “catch the killers and those who sent them.”

The two suspects were still at large as of Thursday night, after fleeing the scene in a vehicle. Security forces blocked off several roads in the area as they launched a manhunt for the attackers.


Moti Tsinvert, a volunteer with Israel’s MDA paramedic service, called the attack a “massacre and a bloodbath.” He told the Jerusalem Post, “In all my years as an emergency medicine paramedic, I have not encountered such a severe scene of multiple casualties with significant penetrating injuries – residents who went out just to breathe fresh air in the park, and their lives ended so harshly.”

The latest attack brought the death toll to 19 in a spate of terrorist incidents in Israel and the West Bank since March 21. It also came days after Hamas Gaza chief Yahya Sinwar urged Palestinians to kill Israelis, saying, “Whoever doesn’t have a gun, he should prepare his cleaver or his axe or his knife.”

Hamas praised Thursday’s attack as a “heroic operation,” saying it came in response to Jewish Israelis visiting the Temple Mount holy site earlier in the day. Palestinian Authority President Mahmoud Abbas condemned the incident in Elad, saying that such violence “only leads to a further deterioration of the situation.”