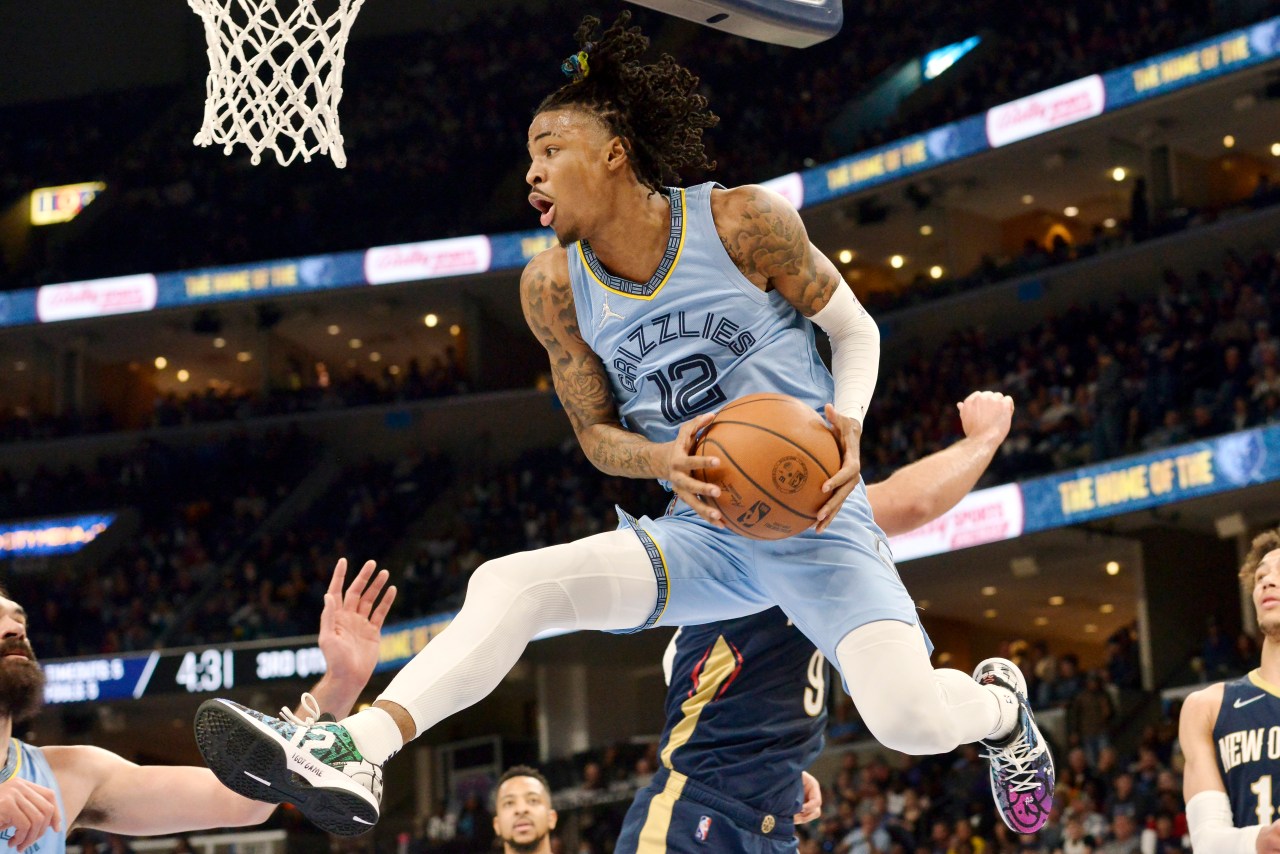 MEMPHIS, Tenn. (AP) — Ja Morant had 21 points and nine assists in his return from soreness in his right knee, Dillon Brooks scored 23 points and the Memphis Grizzlies routed the New Orleans Pelicans 141-114 on Saturday night to tie the 2012-13 franchise record for victories in a season at 56.

After missing nine games, Morant played almost 27 minutes as the second-seeded Grizzlies got their starting lineup back together as they prepare for the postseason. They will close the regular season at home against Boston on Sunday night.

Brandon Clarke added 20 points for Memphis, making all 10 of his field goal attempts. Ziaire Williams had 19 points, and Desmond Bane had 18. The Grizzlies shot better than 60% through three quarters. They snapped a two-game losing streak.

CJ McCollum led New Orleans with 16 points, but was 6 of 17 from the field. Willy Hernangomez added 15 points and 10 rebounds, and Jaxson Hayes had 13 points.

Trying to secure the ninth seed for the play-in tournament, the Pelicans played without scoring leader Brandon Ingram. He’s missed his second straight game because of hamstring tightness.

Memphis dominated through the middle stages. By the end point of the third quarter, the lead had reached 39, and Memphis was shooting 64% overall and 60% from 3-point range, connecting on 15 of 25 from distance. Memphis scored a franchise-record 55 points in the third quarter, giving the Grizzlies a 119-80 lead heading into the fourth.

Pelicans: Started 0 of 7 from outside the arc. … G Devonte’ Graham did not grab a rebound and still needs one for 600 in his career. … Trey Murphy III, who leads rookies in 3-point shooting percentage at 38.4%, was 1 of 3 from outside the arc. … C Jonas Valanciunas, who was in foul trouble most of the game, was limited to six minutes, scoring eight points and grabbing only one rebound. … McCollum who was 2 for 11 midway through the third, had 10 points in the period.

Grizzlies: …Entered the game second in scoring at 115.4 a game. The franchise has never finished in the top 5 in scoring. … Are 30-0 when reaching 120 points. … While setting the franchise record for points in a quarter with 55 in the third, Memphis also set franchise marks for field goals in a period (20) and assists (16).