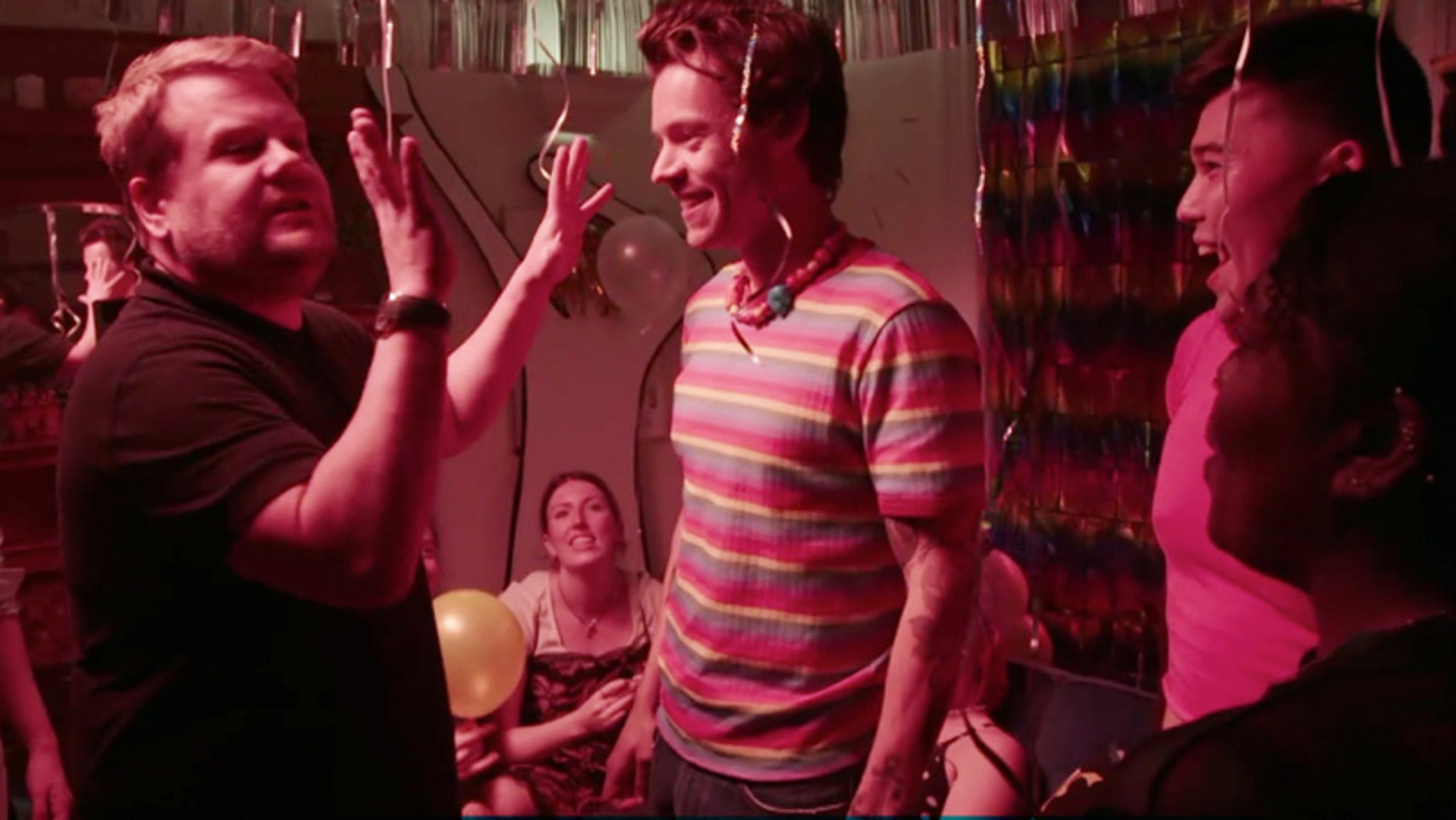 See the making of Harry’s latest music video when he and James crash the apartment of four unsuspecting young women — and the surprisingly impressive final product.

James Corden and Harry Styles have always enjoyed a great rapport, with Harry often agreeing to participate in silly things for Corden’s “Late Late Show,” but this time, he put his career in James’ hands.

That’s because Harry agreed to a stunt with the late-night host where they would have just three hours to film a music video for his latest single, “Daylight.” They had no location, no props, no concept, and James was going to direct.

Harry Styles Soars to New Heights of Ridiculousness with First-Ever Crosswalk: The Concert

Honestly, it shouldn’t have gone as well as it did. They lucked out with finding four young women who shared an apartment on the Brooklyn street (or near it) where they started.

Hilariously, the women were excited to see James (which was a good start), but over the moon when Harry stepped into view. Of course, this took a turn when James went into one of their bedrooms and spotted how big of a One Direction and Harry fan one of the young girls’ was.

“We need to hide all of this because I’m worried you’re a psychopath,” James said, gathering her Harry and 1D memorabilia, including a custom drawing of Harry Styles as Harry Potter.

The women had a closet full of party decorations, they had a rooftop with a beautiful view and they weren’t alone. “Have you got any friends?” Corden said with a very pregnant pause before adding, “That you think would like to come?”

Corden orchestrated a shot in the bathtub with his cell phone flashlight and a box fan, he donned a greenscreen suit (complete with over-the-top codpiece that Harry couldn’t help but point out) for a special effects sequence on the roof.

They utilized slo-mo in the hallway, had streamers and fringe and confetti and invited those friends over for a pizza party. What was remarkable about the whole thing was just how successful the final edit was in making a pretty good video.

You can check out the full production above, ending with the music video. Or if you just want to watch the video, we’ve attached that below.