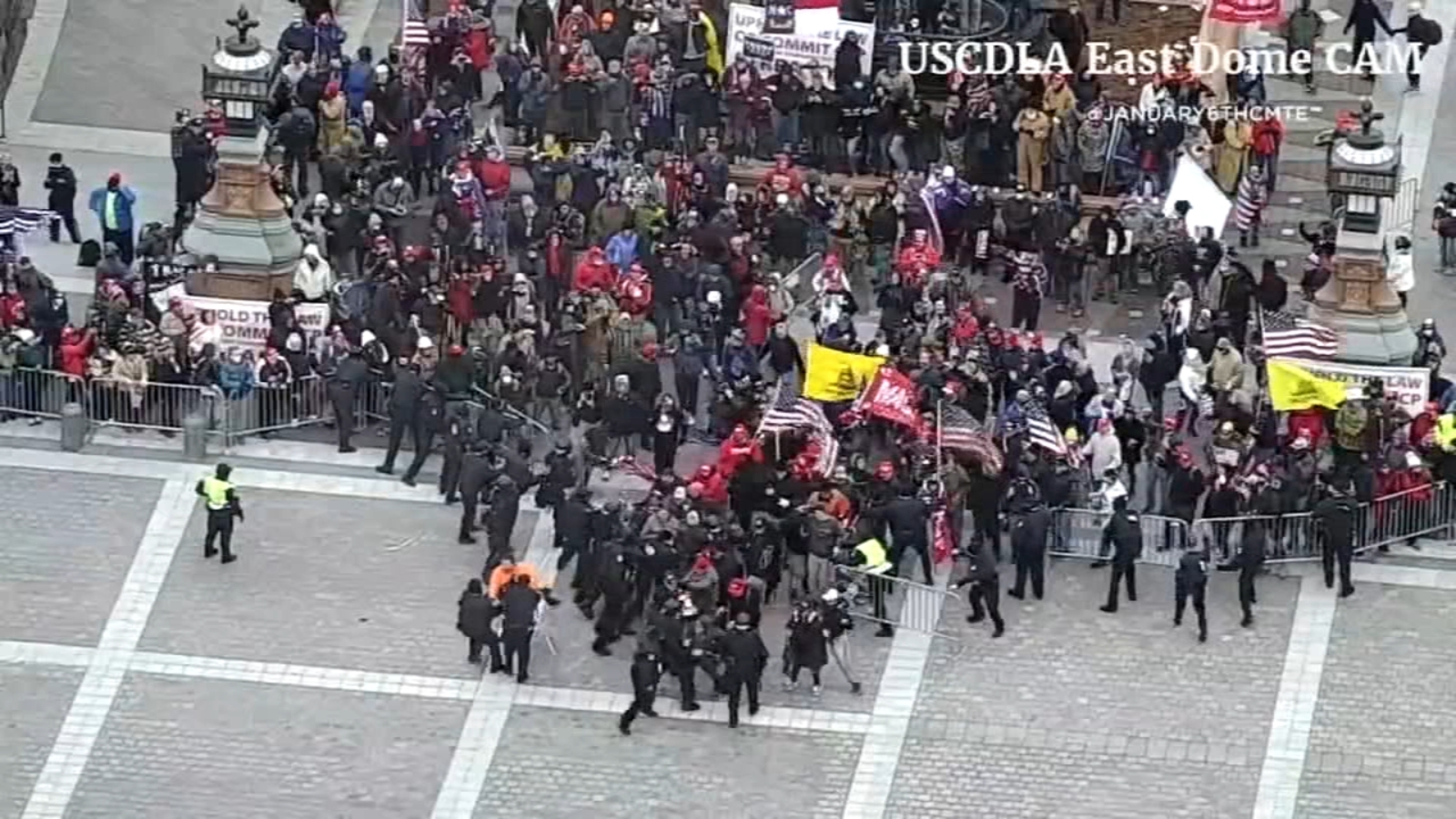 FREMONT, Calif. (KGO) — Fremont residents were invited to a watch party for the first of six hearings on the January 6th Capitol riot.

More than a dozen people gathered at Bronco Billy’s Pizza.

Resident Donna Schroder told ABC7 News, “So disappointed. So very disappointed that this could happen.”

“I’m stunned,” resident Rick Hood shared. “There are things I lived through a year and a half ago, that I became numb to while it was going on. This brought it all back, put it into focus.”

The watch party was a push for engagement, according to event organizer Joanne Hoemberg. She got the group together as part of a national effort.

“I think it’s extremely important that we do pay attention,” Hoemberg said. “Because we are really on the verge of major problems with our democracy, and we have to understand that.”

Never before seen videos and interviews were uncovered- including details of the attack played out on prime time TV.

MORE: The Jan. 6 Capitol attack, by the numbers

“This is new footage that we’ve never seen, from new angles,” local attorney David Bonaccorsi explained. “You felt the visceral, almost medieval battle that was going on. You saw some of the officers that were getting beaten in the back and pummeled.”

Bonaccorsi led community conversations and hearing analysis during parts of the live broadcast.

“Part of our success as a democracy is having an informed citizenry,” he told ABC7 News.

“We learn a lot more, I learn more, hearing other peoples’ thoughts. The way they see things,” Hood shared. “So we build on each other and hopefully walk away smarter as a group.”

Some were emotional, but all agreed the country must know what exactly happened that day at the Capitol.

“It just really hit hard,” Schroder said. “I mean, there is just so much stuff that just did not need to happen.”

Hoemberg said there are currently no watch events planned for future hearings.

If you’re on the ABC7 News app, click here to watch live‘