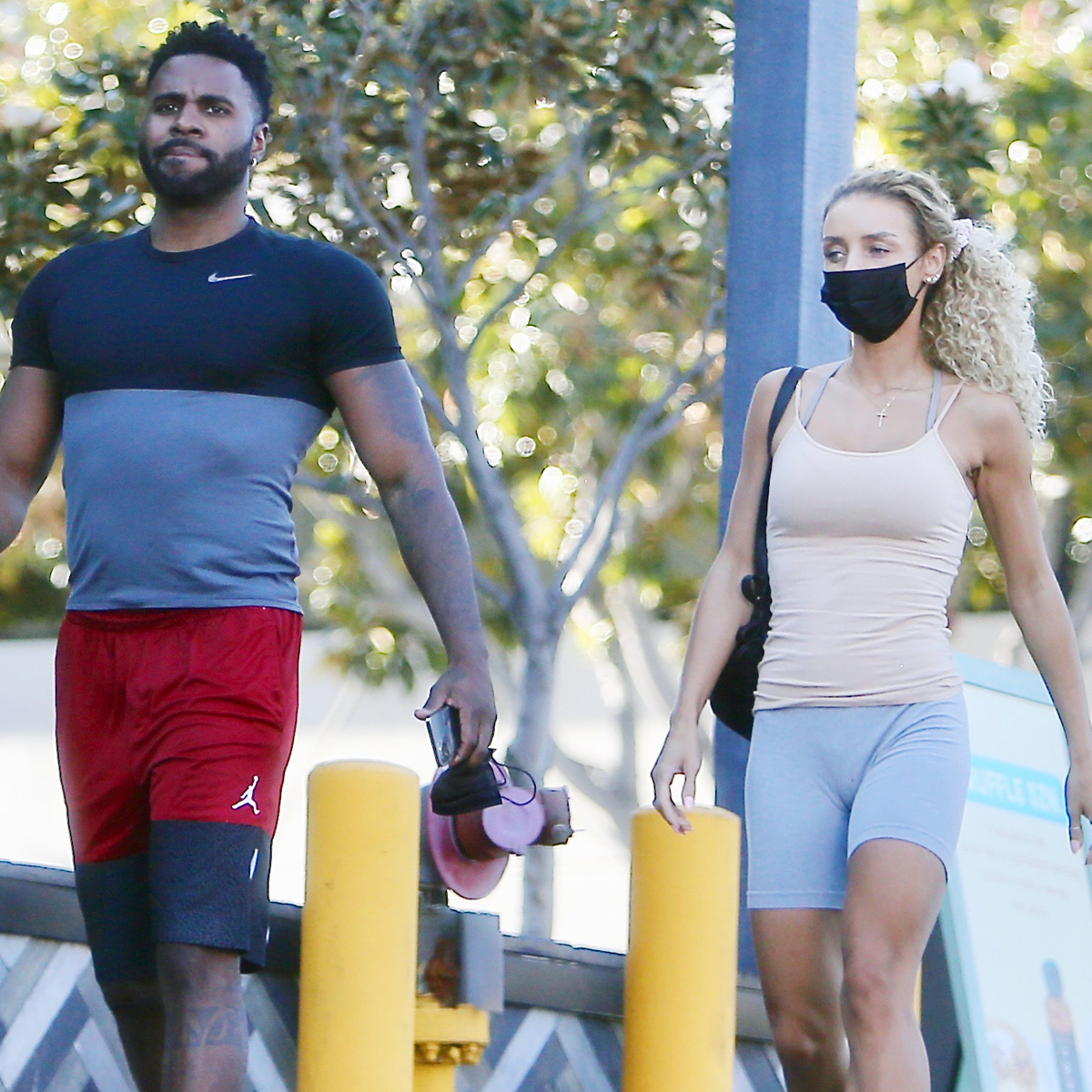 Jason Derulo and Jena Frumes are giving fans something to taco ’bout.

Less than a month after the 32-year-old “Savage Love” singer announced the pair’s split, he and his ex were photographed enjoying a leisurely daytime outing together on Sunday, Oct. 17.

As seen in the pics, the former couple, who welcomed son Jason King in May 2021, got lunch together at fast-casual eatery Tocaya Modern Mexican in West Hollywood, Calif. Jena paired a tan tank top with gray shorts, while Jason was decked out in matching Nike apparel, including a fitted two-tone top and red shorts.

Photos show the two of them seated across from each other at their table during the meal, with the 28-year-old influencer at one point reaching over with her fork to grab something from the “Wiggle” vocalist’s plate.

E! News reached out to representatives for both Jason and Jena and did not hear back. The two stars, who started dating around the start of the COVID-19 pandemic, have yet to publicly address the recent outing or give further details about their relationship status.