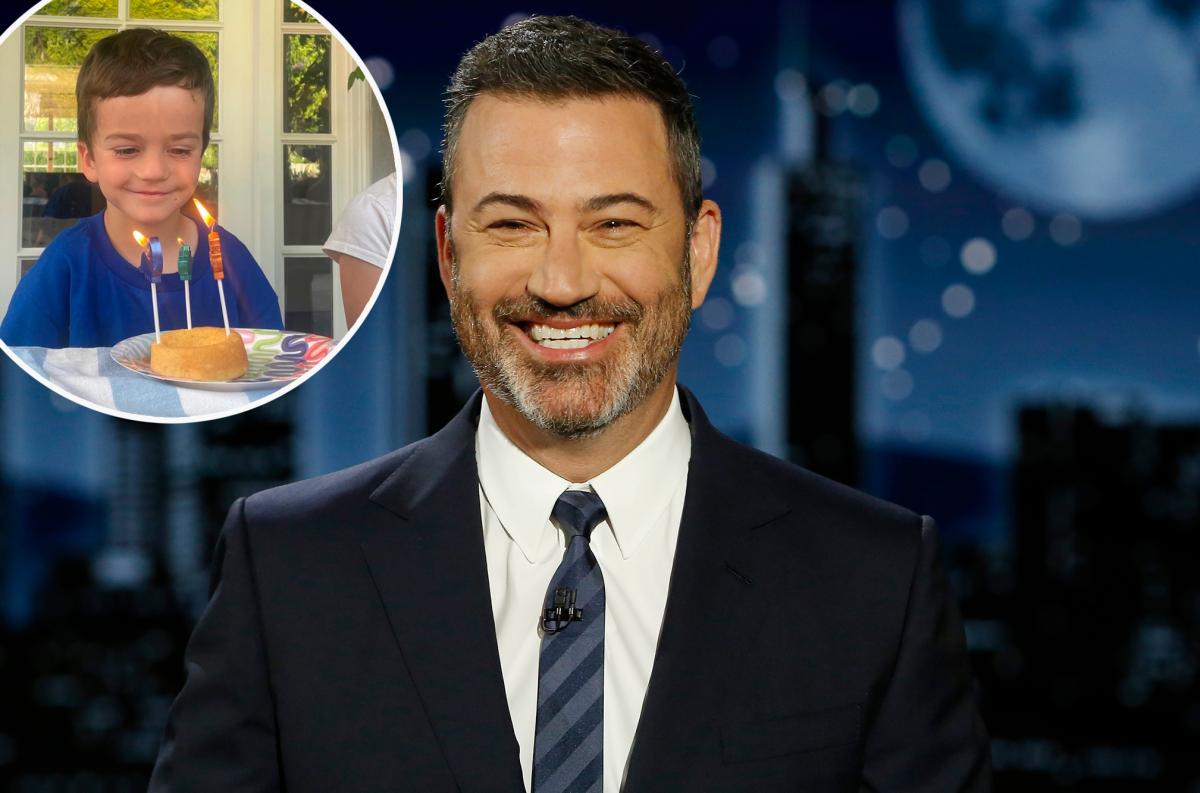 Jimmy Kimmel celebrated his son Billy’s fifth birthday on Thursday by thanking the doctors and nurses who saved his life.

“Happy 5th birthday to our little nut. We are eternally grateful to the brilliant doctors and nurses at @ChildrensLA & @CedarsSinai for saving Billy’s life,” the TV host, 54, captioned a photo of the birthday boy on Instagram.

“And to those of you whose donations, prayers and positive thoughts meant everything. Please support families who need medical care.”

Billy – whom Kimmel and wife Molly McNearney welcomed in April 2017 – was born with a rare congenital heart defect.

He was diagnosed with tetralogy of Fallot with pulmonary atresia and underwent open-heart surgery at just 3 days old.

Kimmel tearfully spoke about the “terrifying” ordeal on his talk show less than two weeks later, telling his audience and the viewers at home that “the operation was a success.”

“It was the longest three hours of my life,” he recalled, “but it was a success.”

Despite his emotional state at the time, the comedian did manage to crack a few jokes about the newborn after showing off a picture of the beaming baby.

“Poor kid. Not only did he get a bad heart, he got my face,” he quipped.

Months later, when Billy was 7 months old, he underwent his second operation.

ABC – which airs “Jimmy Kimmel Live!” – announced on Dec. 5 of that year that Billy “had a scheduled and successful heart surgery” earlier that day.

Since going public with his family’s medical troubles, Kimmel has become an activist for a variety of health care issues in America.

In addition to Billy, Kimmel and McNearney – who wed in 2013 – share 7-year-old daughter Jane. Kimmel also is dad to daughter Katie, 30, and son Kevin, 28, with his ex-wife, Gina Maddy.