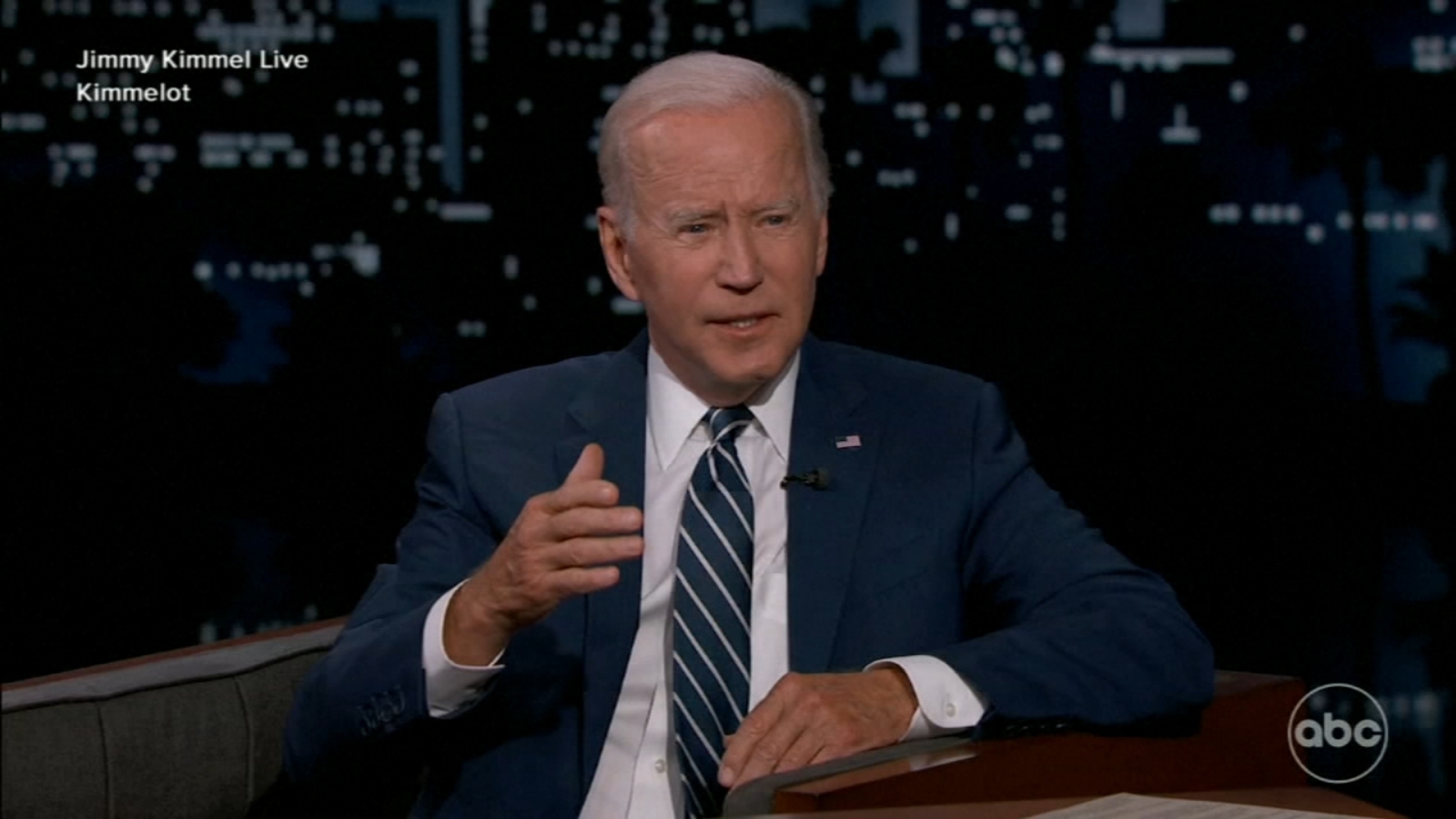 LOS ANGELES — There weren’t a lot of laughs, but President Joe Biden got some unsolicited advice from Jimmy Kimmel on Wednesday when the president sat down for his first in-person interview with a late-night host since taking office.

The host of ABC’s “Jimmy Kimmel Live!” expressed frustration about the intractable problems in Washington, and advised the president, “I think you need to start yelling at people.”

Biden demurred, saying the country is still suffering from the effects of the pandemic, but he insisted he’s “never been more optimistic in my life.”

Kimmel swiftly interjected: “Why are you so optimistic? It makes no sense!”

Biden said he was pinning his hopes on young people, the “best educated, least prejudiced, most giving generation in American history.”

“This generation is going to change everything,” Biden said. “We just have to make sure we don’t give up.”

The show was taped in the afternoon in Los Angeles. Biden is visiting the city for this week’s Summit of the Americas, which brings together countries from across the hemisphere. First lady Jill Biden was in the audience, along with Biden’s granddaughter Naomi and her fiancé.

Biden’s only previous late-night appearance as president was in December, when he spoke remotely with Jimmy Fallon on NBC’s “The Tonight Show.”

Kimmel began his interview by asking about gun control, referencing a string of recent mass shootings.

“I guess, I mean, just to get into it, why haven’t we done anything about this?” Kimmel asked.

Biden responded that “this is not your father’s Republican Party,” and he blamed his political opposition for being too afraid to do anything about guns because they fear primary election challenges.

Kimmel pressed Biden on whether he could use executive orders to increase gun control, noting that former President Donald Trump “passed them out like Halloween candy.”

Although Biden has taken some unilateral steps on firearms, the president said he wasn’t interested in stepping beyond the limits of his authority.

“I don’t want to emulate Trump’s abuse of the Constitution and constitutional authority,” he said.

“Well, guess what,” he said. “If we do the same thing they do, our democracy will literally be in jeopardy. Not a joke.”

Kimmel responded, “It’s like you’re playing Monopoly with somebody who won’t pass go or won’t follow any of the rules, and how do you ever make any progress if they’re not following the rules.”

“You’ve got to send them to jail,” Biden joked.

At another point in the interview, Kimmel suggested he was disappointed in the progress that was being made on issues like climate change and abortion.

“What a terrible job you have,” Kimmel said. “I’m glad you’re doing it. But, boy oh boy, does this seem like a bad gig.”

Biden said he was looking at executive orders that could help with abortion access – “we’re looking into it right now” – but said the best solutions were through legislation and elections.

If the court overturns Roe v. Wade, Biden said, “it’s going to cause a mini revolution and they’re going to vote a lot of these folks out of office.”