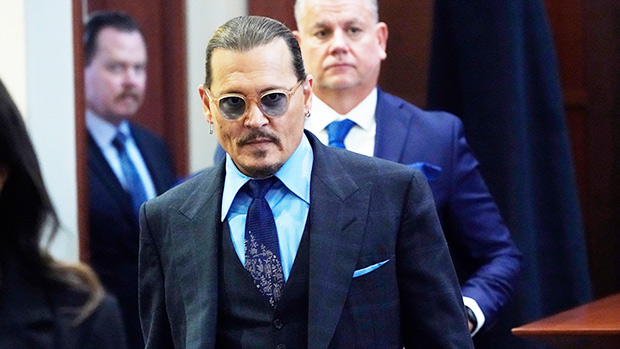 Johnny Depp and Amber Heard have endured an exhausting trial experience over the past few weeks. Luckily, the former husband-and-wife are taking a break for the week as the court goes on a hiatus while Judge Penney Azcarate attends a conference.

“Johnny decided to go back to the UK while trial was out of session for the week,” an EXCLUSIVE source close to the actor informed HollywoodLife. “It’s been really refreshing for Johnny because it’s given him some personal space away from all the media attention surrounding the case. Johnny appreciates that he can go through town along the south coast and walk along the street virtually unnoticed. He’s using this week to re-energize for the next phase of the trial.”

The insider added, “Music has always been therapeutic for Johnny, so he’s been holding a few jam sessions with his friends including Jeff Beck, who is one of his closest pals. It’s been incredible for him being around people he knows and trusts and feeling all the support and love.”

Moreover, another insider told us a couple days ago that the Fear & Loathing in Las Vegas actor is feeling the love from his fans amid his $50 million defamation lawsuit against his ex.

“He is feeling their love now almost everywhere that he goes,” the source shared. As the trial, which started on April 11 in a Virginia courthouse, enters week five, the insider added, “Johnny is extremely grateful for his fans being so vocal on social media and in-person throughout this entire case. It has given him a renewed energy to keep fighting for what he feels is right.”

Although Johnny is being accused of abusing Amber, to whom he was married from 2015 to 2017, Johnny’s ex-wife of 14 years, Vanessa Paradis, 49 — who he shares two kids — also released a statement during his previous lawsuit against UK’s The Sun, who claimed Johnny was a “wife-beater” against Amber, “I have known Johnny for 25 years. We have been partners for 14 years and we raised our two children together. Through all these years I’ve known Johnny to be a kind, attentive, generous, and non-violent person and father. I am aware of the allegations that Amber Heard has publicly accused Johnny of for more than four years now. This is nothing like the true Johnny I have known, and from my personal experience of many years, I can say he was never violent or abusive to me.”