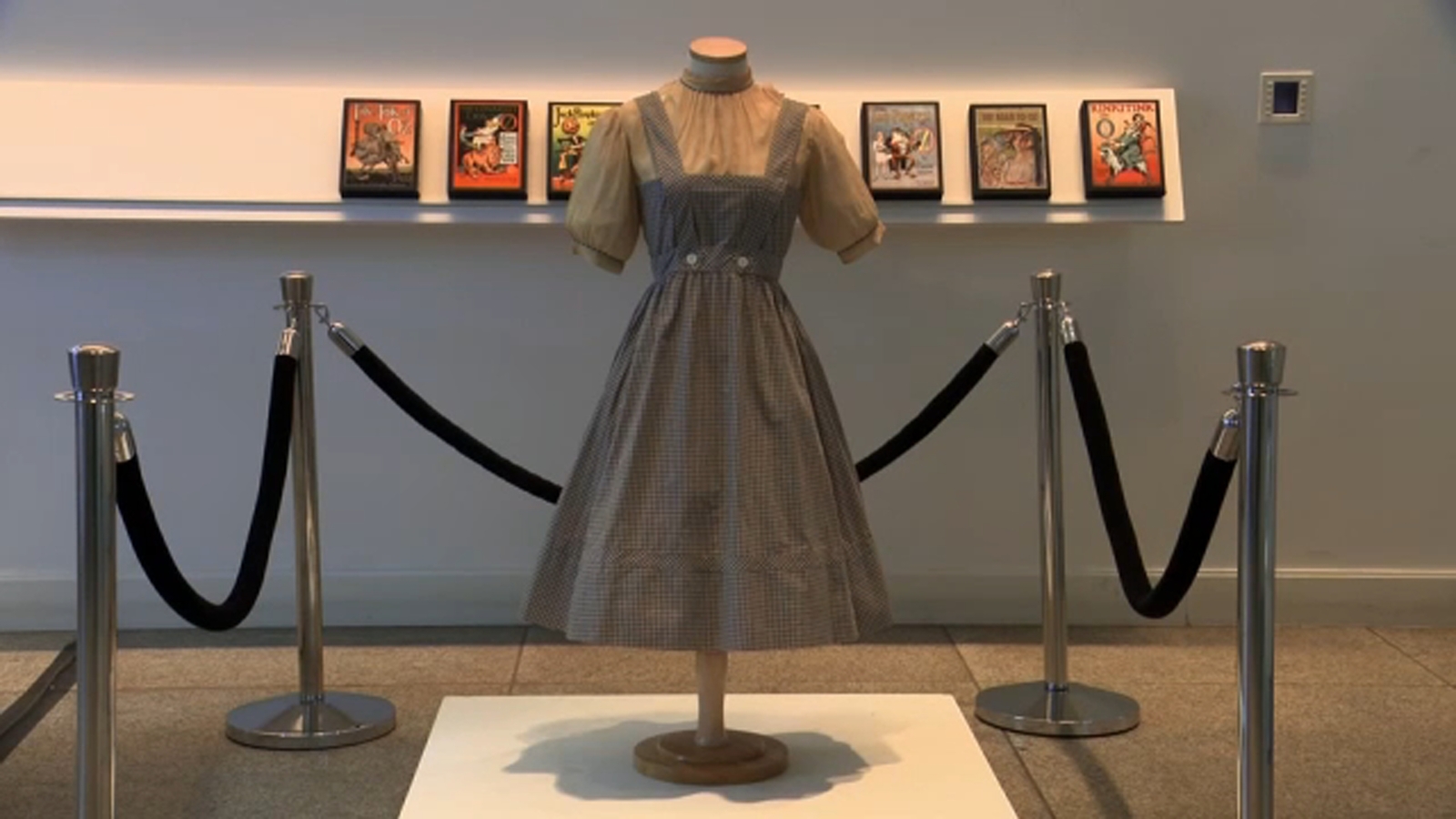 LOS ANGELES — One of Dorothy’s dresses from “The Wizard of Oz” is hitting the auction block in Los Angeles.

It was lost for decades. Then during the pandemic, a retired drama professor at Catholic University of America discovered the iconic blue-and-white dress while going through some boxes.

The auction house said its one of five versions of the dress known to exist, but it’s one of only two that are attached to the white blouse.

Judy Garland wore this version of the dress during the scene at the Wicked Witch’s castle.

It turns out the memorabilia was donated to the school by actress Mercedes McCambridge in 1973.

It’s expected to go for quite a bit of money. Another dress worn by Judy Garland fetched over $1.5 million at a Bonhams auction in 2015.