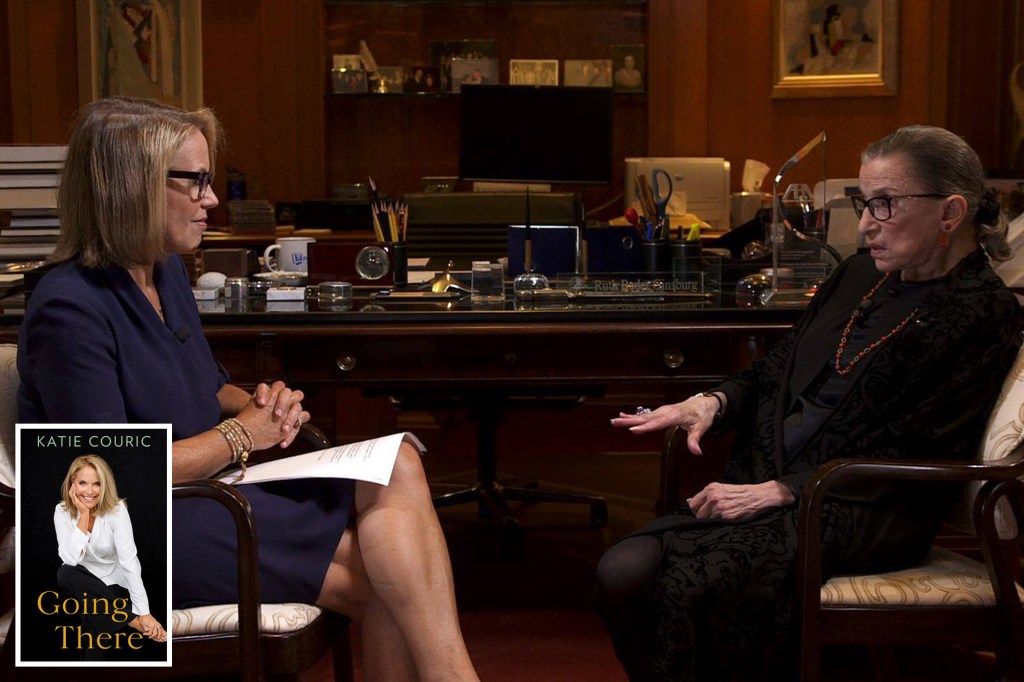 Katie Couric has admitted that, in a 2016 interview, she withheld Ruth Bader Ginsburg’s harshest comments on kneeling during the national anthem.

The editing was done in an effort to “protect” the late Supreme Court Justice, Couric wrote in her memoir, which was obtained by The Post. She revealed in “Going There,” which is out Oct 26, she felt that Ginsburg, who was 83 at the time of the interview, may not have totally gotten what Couric was asking her.

She “was elderly and probably didn’t understand the question,” Couric explained in the 500-page scorched earth biography in which no colleague, ex-boyfriend nor acquaintance is safe from the former “Today” host’s brutal score-settling.

While the interview that was eventually published by Yahoo! News did include Ginsburg saying that she believes not standing during the national anthem as an act of protest is “dumb and disrespectful,” it did not include her strongest condemnations for the act, according to Couric.

Not standing for the anthem shows a “contempt for a government that has made it possible for their parents and grandparents to live a decent life…Which they probably could not have lived in the places they came from…as they became older they realize that this was youthful folly. And that’s why education is important,” Ginsburg told Couric at the time. “I think it’s a terrible thing to do, but I wouldn’t lock a person up for doing it. I would point out how ridiculous it seems to me to do such an act.”

Couric, being a “big RBG fan” and feeling protective of her and the controversy the comments would likely embroil her in, wrote in the book that she “lost a lot of sleep” and felt extremely “conflicted” over deciding if she should include Ginsburg’s full thoughts on the matter or not.

As well, the day after the interview, the Supreme Court’s head of public affairs emailed Couric to say Ginsburg had “misspoken” and requested her comments on the matter be removed from the piece. Couric eventually mostly did as they requested.