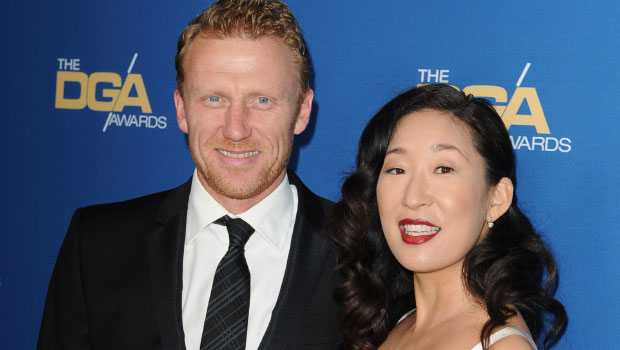 Kevin McKidd just added himself to the list of fans who want Sandra Oh to return to Grey’s Anatomy! The actor, 48, made the comments during the show’s 400th Episode Celebration on May 5 in Hollywood. “I would love — and I always say it — I would love Sandra Oh to come back,” Kevin, who has played Dr. Owen Hunt since 2008, told PEOPLE. “I don’t think she will. She keeps saying she won’t. Every time I see her, I’m always needling her, going, ‘Come on, come on. Just one.’ Maybe one day she’ll say yes. I’m always working on her.”

Kevin continued, noting Sandra’s immense talent and propensity to move forward as an artist. “I think there’s a way to get her to do one more,” he told the outlet. “She really is an artist. And when she moves on, she moves on. So, it’s not because of any bad feeling, it’s just she’s moved on.” the TV star added that he’s close to the 50-year-old actress, who memorably played Dr. Christina Yang for 10 seasons. “We’re also really good friends,” he said, then jokingly added, “So Sandra, I’m coming for you.”

Sandra’s outstanding turn as the skilled physician and wife of Owen Hunt did not go unnoticed — before her departure in 2013, Sandra won a Best Supporting Actress Golden Globe Award for the role.  While a return to the show may or may not be in the cards for Sandra, she did open up last year about the major changes the show brought to her life back in the mid-aughties.

Sandra Oh — See The Best Photos Of The Award-Winning Actress

“To be perfectly honest, it was traumatic,” she said during an August 2021 interview on Sunday TODAY With Willie Geist. “The reason why I’m saying that is the circumstances you need to do your work is with a lot of privacy. And so, when one loses one’s anonymity, you have to build skills to still try and be real.”

While the dramatic rise to fame due to the massive popularity of Grey’s Anatomy was an adjustment, Sandra told Willie that it was manageable with therapy. “I went from not being able to go out, like hiding in restaurants, to then being able to manage attention, manage expectation, while not losing the sense of self,” she told the host. “You just have to work at finding your way to stay grounded. And a lot of times, that’s by saying no.”