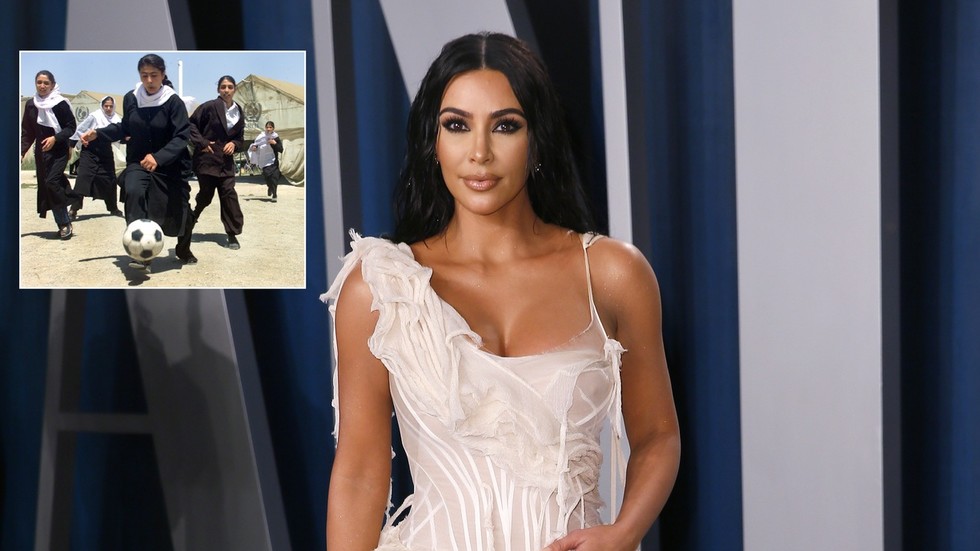 An Afghan female developmental football team has successfully landed in the UK following an intervention led by former Playboy model and reality TV star Kim Kardashian, along with a rabbi and Premier League team Leeds United.

A plane carrying several players and their families totaling around 130 people landed in a London airport Thursday after they received assistance from the Tzedek Association, a US non-profit which had helped the last known member of Kabul’s Jewish community flee to region after the Taliban-led takeover of Afghanistan in August.

Rabbi Moshe Margaretten, who founded the association, subsequently appealed to Kardashian for assistance in helping to fund the chartered flight of female footballers out of the country after previously working with her in issues related to criminal justice reform in the US – and she was reportedly quick to offer her help.

Great mission accomplished team landed safely in UK 🇬🇧 🛬 Now, time to get as much support as possible to help them in their resettlement process. 130 people made it safe. Thanks to everyone 🙏💪✈️🛬 pic.twitter.com/y5zYWAbVdD

“Maybe an hour later, after the Zoom call, I got a text message that Kim wants to fund the entire flight,” he said, as quoted by the AP.

Large numbers of Afghans fled the country in August following the Taliban offensive on Kabul, with female athletes leaving amid concerns that women participating in sports was seen as a challenge to the new Taliban leadership’s authority.


Members of the developmental team who arrived in the UK on Thursday had previously traveled to Pakistan, where they were processed with UK visas but were forced to wait several weeks while details of the flights could be arranged.

Khalida Popal, a player who had previously captained Afghanistan’s female football team, was an integral part of providing assistance for female athletes fleeing Afghanistan, telling the AP: “Many of those families left their houses when the Taliban took over. Their houses were burnt down.

“Some of their family members were killed or taken by Taliban. So the danger and the stress was very high, and that’s why it was very important to move fast to get them outside Afghanistan.”

Popal added that she was “so happy and relieved” that the female players and their families had been removed from danger.