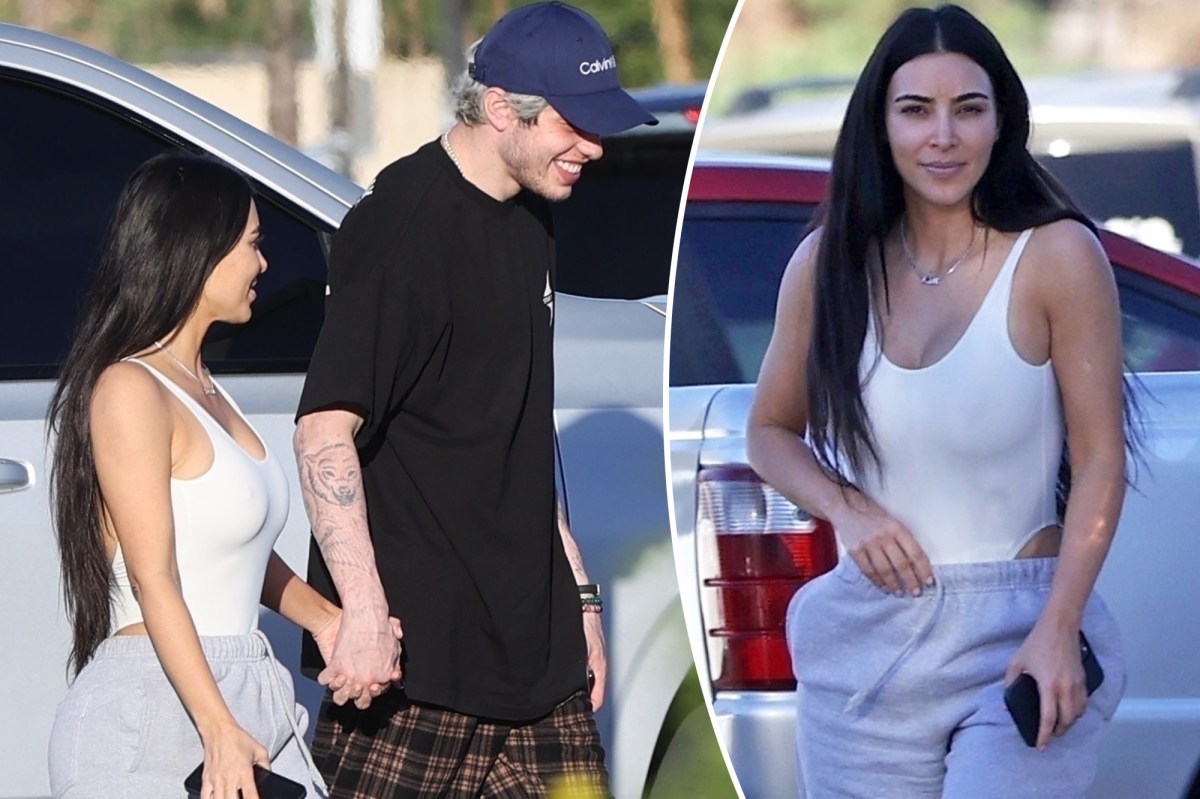 A source tells us that reality star Kim Kardashian is “constantly giggling” while hanging out with her new paramour, comic Pete Davidson.

“She’s acting like a teenager,” a source exclusively tells Page Six. “She’s constantly giggling. Pete has made her feel like the clock has moved 20 years back. She seems happy.”

Kardashian, 41, and Davidson, 28, were spotted holding hands Thursday in LA.

The “Saturday Night Live” star flew out to California this week to spend his birthday with her, and posed in matching pajamas from her Skims line, along with Kris Jenner and Flavor Flav.

The pair were first spotted holding hands on a ride at Knott’s Scary Farm in Southern California in October — shortly after Kardashian hosted “SNL,” and they shared an onscreen kiss during a sketch.

They have also been on dates in NYC and Staten Island.

Page Six reported this week that the “Keeping Up With the Kardashians” star and Davidson are “officially dating.”

Another source told us that the new couple “want to keep it as private and low-key as possible.”

Page Six exclusively revealed this month that he’s dating model Vinetria. A source told us earlier this month that the rapper has been “hooking up” with her “for a while now.”