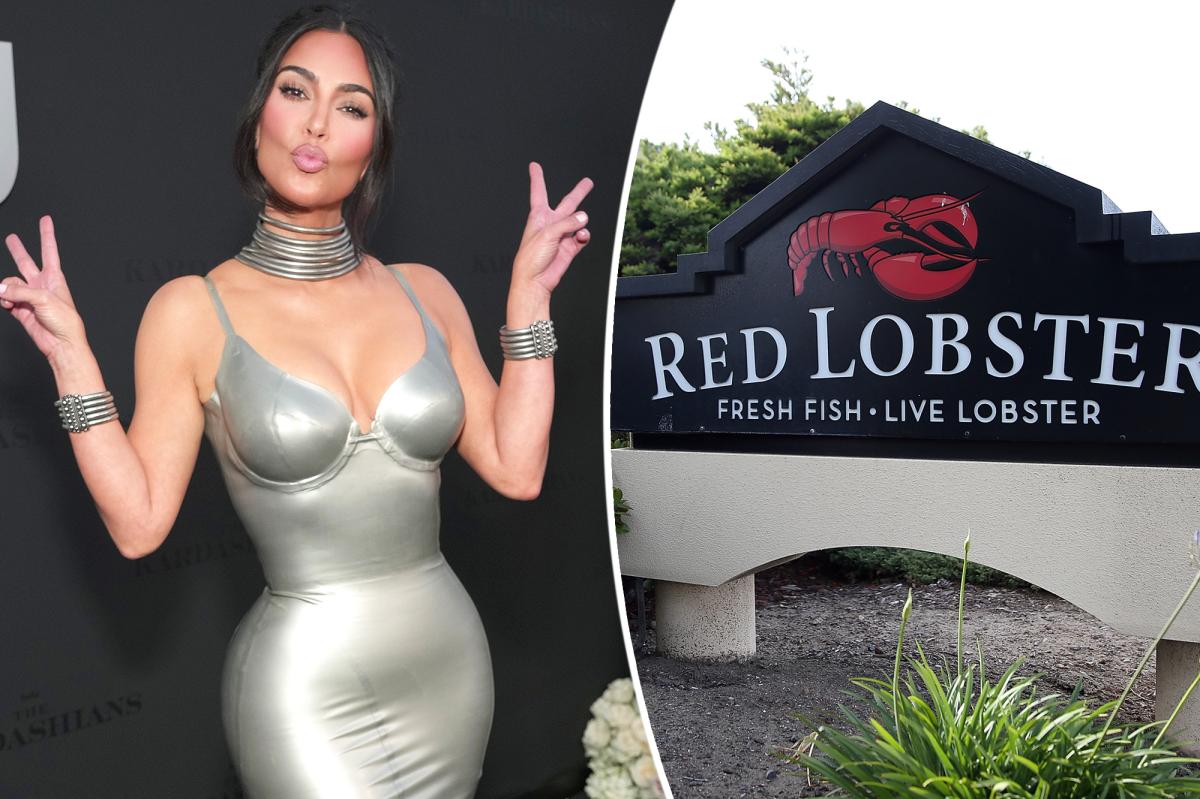 The reality star learned that she passed the First-Year Law Students’ Examination in December 2021 while sitting in her car in front of a Red Lobster restaurant.

During the latest episode of Hulu’s “The Kardashians,” Kardashian and her daughter North, as well as KKW Beauty chief marketing officer Tracy Romulus and her kids, Remi and Ryan, walked out of the chain restaurant to look up the results of Kardashian’s test.

“I go in the car because if I’m upset I don’t want to have everyone stare,” Kardashian — who previously failed the exam three times — explained.

“You are only allowed to take the baby bar a certain amount of times. This was the last time I could ever take it, so if I don’t [pass] then this law school journey is over for me.”

After a dramatic moment of waiting for the screen to load, Kardashian screamed as she yelled, “I passed!”

“Is this real?” Kardashian, 41, shrieked, before she began to cry. “I’m so happy. Like, I literally didn’t think I did.”

While FaceTiming with her professor Chuck Shonholtz, she then revealed her location.

“I’m at Red Lobster! North won her first basketball game ever and we came to Red Lobster and I’m in the car.”

After the excitement died down, Kardashian headed back into the restaurant with North, 8, who urged her to “call dad [Kanye West], right now.”

“Here, you can,” Kardashian responded, handing the phone over to North to call the rapper, 44.

The mom of four first announced she passed the test — which is required for students in California who study law through an apprenticeship as Kardashian did — via Instagram.

“OMFGGGG I PASSED THE BABY BAR EXAM!!!!” she captioned a series of photos of herself at the time.

“For anyone who doesn’t know my law school journey, know this wasn’t easy or handed to me,” she continued. “I failed this exam 3 times in 2 years, but I got back up each time and studied harder and tried again until I did it!!! (I did have COVID on the 3rd try w a 104 fever but I’m not making excuses😉)”

Kardashian explained that this was just the first of two bar exams she would need to take in order to practice law. She also shared that a number of top lawyers discouraged her from going the route of the “baby bar.”

“Bottom line is don’t ever give up even when you are holding on by a thread, you can do it!!!!! Set your mind to it and get it done because it feels soooooo good once you get to the other side!”

During an April 2022 interview, the reality star — whose late father, Robert Kardashian, was a successful lawyer in the ’90s, famous for his work in O.J. Simpson’s 1995 trial — said her dream was to start her own firm.

Over the last few years, the Skims founder has been lobbying for prison reform and played a large role in the release of many inmates, including Julius Jones.