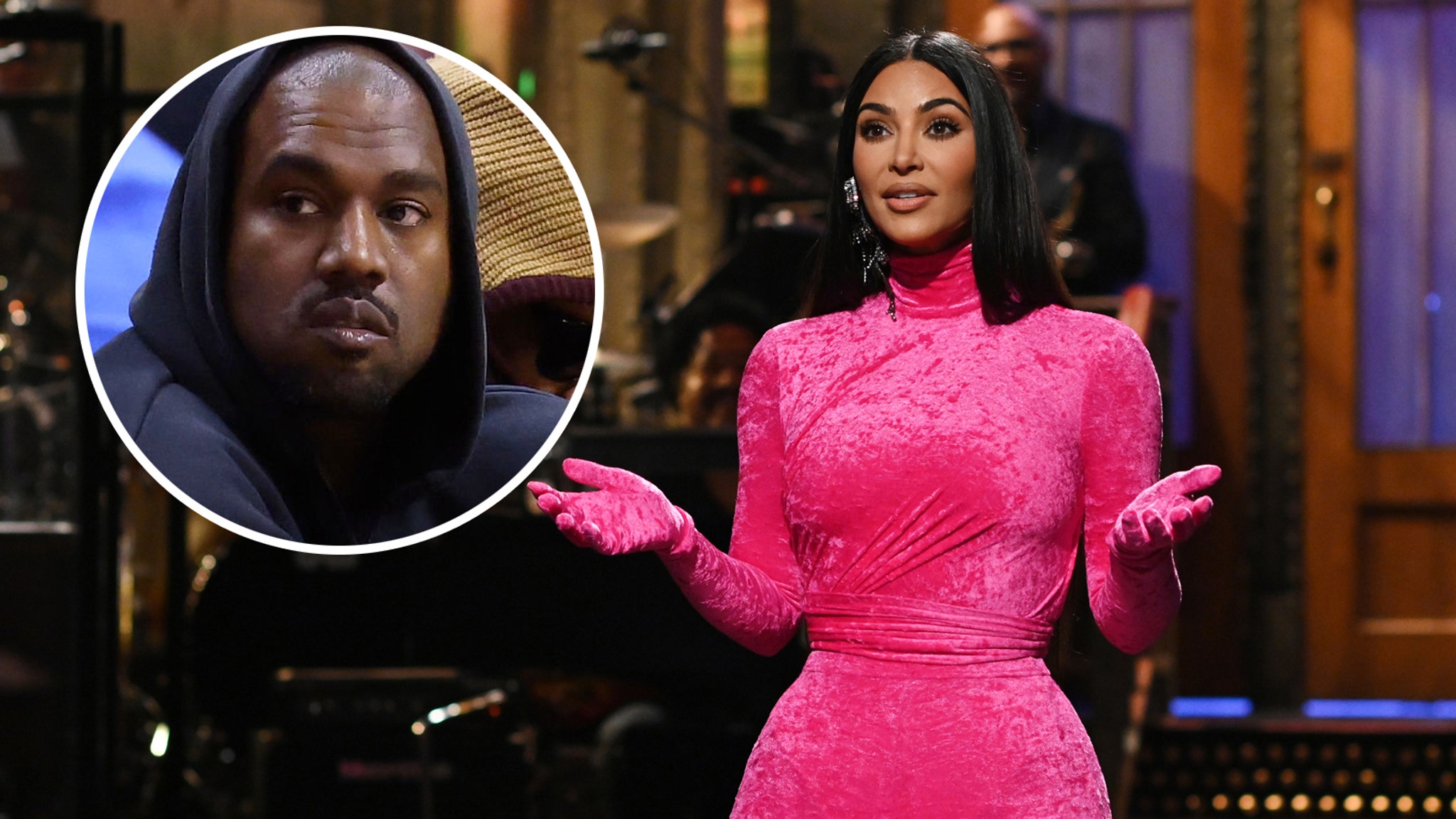 Kim says he “walked out” of the show, mid-monologue.

Kim Kardashian earned kudos for her appearance hosting “Saturday Night Live,” but at least one person in her life was not amused.

On Wednesday’s episode of “The Kardashians,” she was asked by sister Khloe Kardashian how things were going with Kanye West, from whom she had already filed for divorce at the time of filming. The footage was taped shortly after her gig at SNL and, during her monologue, Kim roasted her ex.

Talking about her blessings in life on the sketch show, Kim said, “I married the best rapper of all time and not only that, he’s the richest Black man in America, a talented, legit genius who gave me four incredible kids.” Then came the punchline: “So when I divorced him, you have to know that it came down to just one thing: His personality.”

“He walked out on SNL, mid-monologue, so I haven’t talked to him since,” revealed Kim. “He’s upset at the fact that I said the reason I divorced him, used the word ‘divorced.’ He wished I said the word ‘filed’ instead of divorce.”

“And he was upset that I also said he was a rapper,” she added. “He said, ‘I’m so much more than a rapper, I can’t believe you said rapper.'”

Both sisters were shocked by West’s reaction, with Kim adding that she’s “sat there through so many speeches and things that have not been the most comfortable” for her in the past. Khloe added that Kanye has made a lot of public statements Kim hasn’t commented on at all, despite not agreeing with them.

“That was my partner and I stood by him, I would never embarrass him,” said Kim. “He’s so used to getting exactly what he wants … I’ve never seen anything like it, good for him, but it’s not gonna happen here.”

In a confessional, Kim said she never wanted to hurt or offend anyone on the show, but knew the monologue needed some personal jokes. She pointed out that she made fun of herself — kicking off the night with a sex tape barb — as well as her mom and family. “It’s all fun and games and apparently it wasn’t to him,” she added.

“We have 4 kids together, I always want to have a good healthy relationship with him,” she concluded. “But after SNL happened, I felt, okay, I need to now focus on the bar and I need to get new energy.”

The reveal comes after Kanye was seen in NYC with Kim ahead of the gig, surprising her in her hotel room before the show with the hard drive containing her sex tape after someone threatened to release more footage. West said he even met up with Ray J to get the file.

New episodes of “The Kardashians” drop Thursdays on Hulu.

Ray J Says Kardashians Narrative About Sex Tape Return ‘Is a Lie’: ‘Can’t Let Them Do This Anymore’