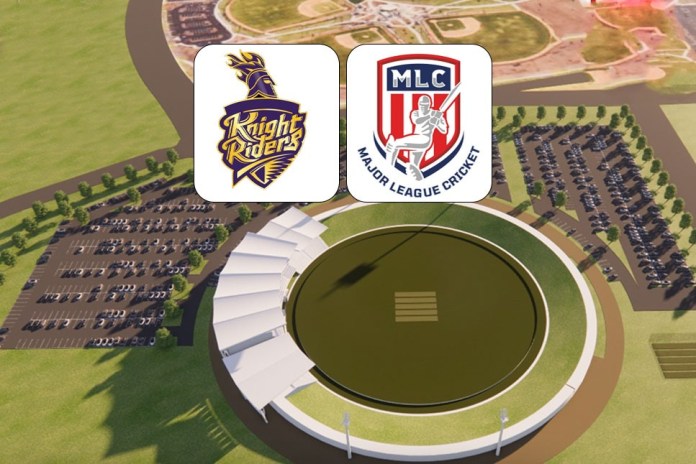 The initiative has been taken keeping the 2028 Olympics in mind as cricket could feature in the Summer Games to be held six years down the line.

The cricket venue will be built on a 15-acre land.

“Our investment in MLC in America, is based on our belief in the exciting future of cricket in the USA and is well aligned to our strategy of establishing Knight Riders as a global brand in T20 cricket,” Bollywood superstar and KRG co-owner Shah Rukh Khan said in a statement.

KRG, who are the owners of Kolkata Knight Riders and Trinbago Knight Riders, are the founding investors in MLC.

“Plans to build a world class cricket stadium in the greater Los Angeles area is exciting for us and MLC. This will no doubt have a transformational impact on one of the world’s most iconic metropolitan areas,” he added.

The development would see a multi-million dollar investment and the internationally renowned architects HKS will design an iconic home for the sport in the Greater Los Angeles metropolitan area, the release added.

USA Cricket is expected to bid for future men’s and women’s World Cup tournaments, with the 2024 Men’s T20 World Cup already set to be co-hosted by the United States and the West Indies.

The ICC is also bidding for the inclusion of cricket in the 2028 Olympic Games to be held in Los Angeles, and if successful, the stadium at Great Park is expected to be a centerpiece venue for the event in Southern California.