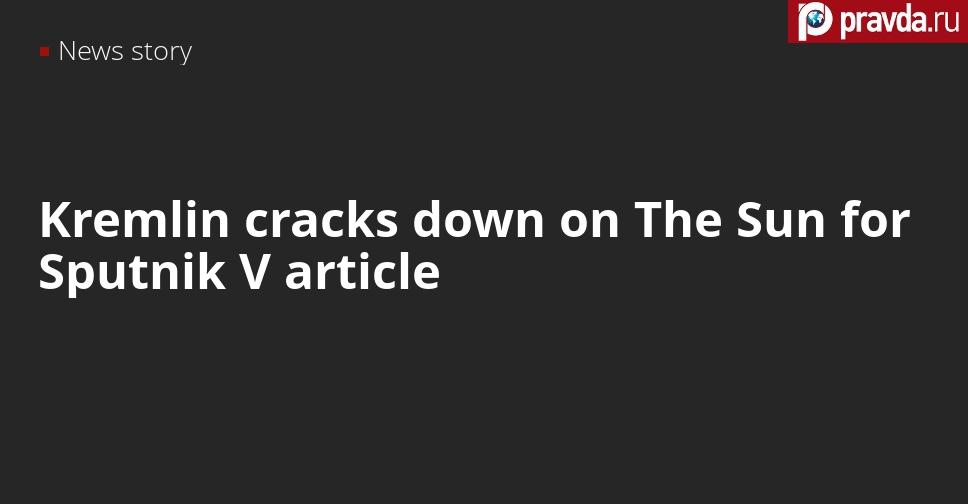 The British tabloid The Sun is a deeply unscientific publication, Kremlin’s official spokesman Dmitry Peskov said commenting on the recent article in the newspaper, which claimed that Russian special services allegedly received information about the chemical composition of the AstraZeneca vaccine, TASS reports.

On October 10, the tabloid published an article saying that Russian special services allegedly obtained information about the composition of the vaccine, which was developed by the British-Swedish company AstraZeneca. According to The Sun, this information was subsequently used to create the Russian drug Sputnik V.